Ommy Dimpoz apologizes to Mama Diamond over past nasty beef

•Singers were best friends before fall out 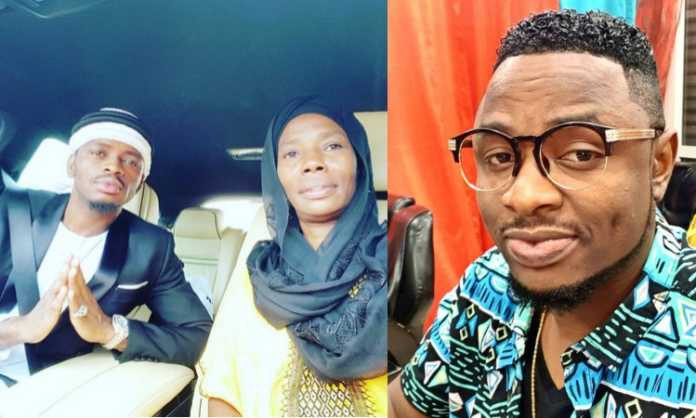 Tanzanian singer Ommy Dimpoz has apologized to Diamond Platnumz's mother, Mama Dangote. This is after he involved her in his beef with Diamond.

In 2017,  Diamond released a song dubbed Fresh, one that seemed to troll Ali Kiba and his best friend Ommy Dimpoz.

Ommy Dimpoz responded by posting a photo of himself and Diamond Platnumz's mother as he went ahead to indirectly insult the 'Jeje' hit maker.

A month later, Dimpoz was in police custody with runours saying that was under questioning for posting Diamond Platnumz's mother in a way that was meant to defame her.

Four years later, Ommy Dimpoz has come out to apologize to Mama Diamond saying he was young and stupid.

"I was wrong to have included her (Diamond's mother) in our beef with Diamond. With her age, she is like my mother and I respect her" he told Wasafi media

"For that reason, I ask for forgiveness and I would also do that if I meet her not just on social media. I have never met her since then."

Asked whether he is in good terms with Diamond, Dimpoz said;

"I don't need to have been with anyone, I am just living my life."