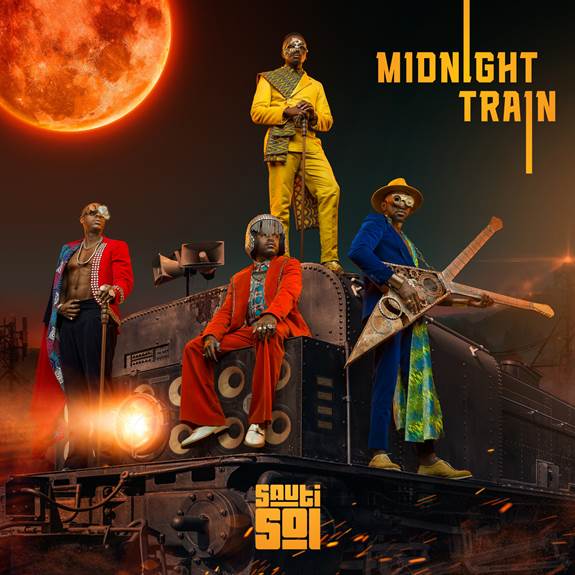 Sauti Sol have released their most anticipated video to their hit song 'Rhumba Japani.' The song features Bensoul, Xenia, Nviiri The Storyteller, Okello Max and NHP.

"Rhumba Japani" is a celebratory, trap-inspired single with jazzy live instrumentation. With rhumba meaning dance, the group and enlisted features embody the jovial experience through the visuals of the music video. Sauti Sol takes fans on a pop art experience with the jovial and celebratory music video, with visuals lending from the sonic experience of the single.

“There's a Congolese band called Rhumba Japan. We used to go watch them play at a pub in Nairobi after our practice to avoid rush hour bus fare, [that way it was affordable to go home later]. The jam is an ode to them and the significance of those times in our journey,"  explains Sauti Sol.

The music video’s release comes off the back of the the award winning group celebrating the one-year anniversary since the release of their fifth studio album 'Midnight Train'.

The jam is an ode to a Congolese group

Overall, the leading Kenyan quartet has had a lot to celebrate in the New Year.