She has bridged relatable situations and experiences of other people's stories

•It is a seven-track project 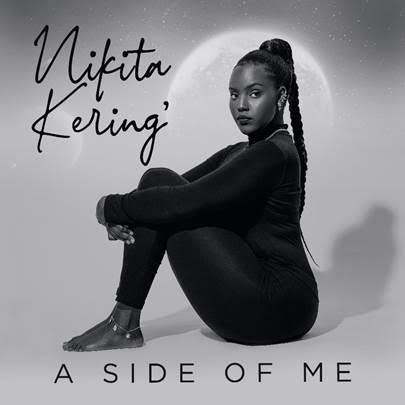 Nikita Kering has released her debut extended play 'A Side Of Me.' The award winning singer had released singles off the EP among them,  ‘EX’, which created a buzz amongst her fans and music lovers.

“Initially, an EP wasn't part of the plan, but I realized that I needed to create a body of work that people could identify with me. I'm excited for people to see a side of me that they never have; hence the name," she said in a statement

“The challenges were many, however, the greatest was, not being able to work through the night. Honestly, my artistic vibe really peaks at night, so the fact that I couldn't work in the studio through the night really frustrated me.

But I guess everything happens for a reason...if not, I wouldn't have made the single 'Ex' that people really seem to like.”

Nikita bridges relatable situations and experiences of other people stories by putting herself in their shoes, creatively coming up with a body of work that people could identify with.

On her very short hiatus, Nikita shared that just like every other person she has had her challenges especially with Covid.

At 19, her musical journey is a milestone and is truly grateful for all the losses and missed opportunities, because things are seamlessly unfolding with time.