I would go to Gikomba at 5 am – Nyashinski’s wife, Zia Bett talks about her hustle 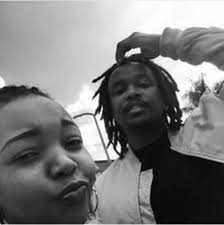 You know her as Nyashinski’s wife, but she is her own brand. Zia Bett is a mother, businesswoman and founder of Keto Life. She has also authored the beginners guide for anyone who wants to start on a Keto diet.

“I used to dress my mum when she would go for weddings and my sisters would always seek my approval. Later, I move on and started as a side hustle on the campus.

So around 2012, I would wake up at 5 am and go to Gikomba to get some clothes and sell to women over the weekend when they are going out and later did some research and started importing clothing and the first shipment sold out and I was like 'Yes, this is is what I was meant to do'. It was a suitcase of outfits.”

“Before I started seeing fruits from that hustle, it was 7 years later, I still had not gotten the pricing and the overheads that go into starting the brand, right.

I was more focused on building the brand and the name and getting as many women to wear my clothing as possible. My break came after learning from my failures and successes over the years.” 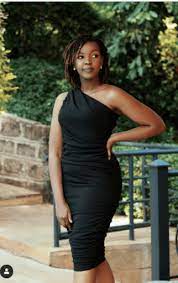 Zia has an eCommerce platform where she sells unique outfits for modern woman.

Zia talked about her failures in business that propelled her into innovating and coming up with better systems to push her business further.

“I was working in the NGO sector after campus, and it was time-consuming and the focus was on Zia. Another failure was on my pricing, I was doing it as a hobby.

I opened a shop in 2019 and due to Covid I closed it down, I was able to restrategize and come up with a platform where I don’t have to leave the house.”

Diamond and his baby mama Zari featured in a reality show

• The show is expected to showcase their lifestyle featuring, family and business adventures, and how they have been able to make it at such a young ...
Entertainment
1 month ago