• When you enter a bus/matatu don't occupy the seat next to a woman sleeping off.

• A woman pretends to be sleeping then all of a sudden she starts screaming. 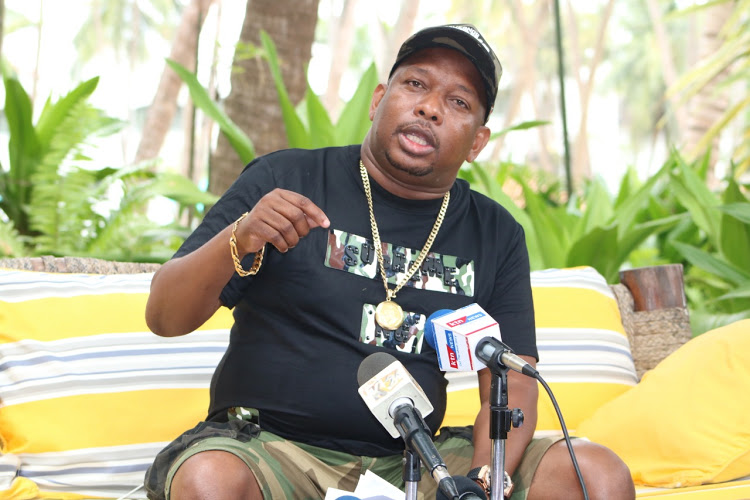 In a post on his Instagram page, Sonko warned citizens to be on the look out for thugs who steal from passengers in matatus.

According to Sonko, thugs are using new tricks by staging a woman to sit in a matatu while pretending to be  asleep, but the mission is to steal.

"Kanairo security alert: When you enter a bus/matatu don't occupy the seat next to a woman sleeping off or she falls asleep as soon as you sit next to her. A woman pretends to be sleeping then all of a sudden she starts screaming that somebody has taken her phone or even money while she was asleep.

Then two or three gentlemen (her gang) start raining slaps on you even before you start defending yourself. You will have a difficult time defending yourself because everybody will tend to sympathize with the crying 'poor' woman! You will then be forced to pay the woman the money which you didn't steal," Mike Sonko observed.

He went ahead to name a few routes in the city that have been affected by the creeping behavior from thugs.

"Be very careful especially if you board buses heading to Dandora, Kariobangi North, Umoja estates, Pipeline, Kasarani, Embakasi, Kayole and Mukuru kwa Njenga/Reuben/Kayaba. If you enter a matatu and find a woman dozing off then occupy a different seat away from her! And if she sleeps off as soon as the Matatu takes off then ensure she is awake."

Sonko's warning comes in the wake of increased insecurity in the city, especially around the CBD and Southern bypass.

Yesterday, KBC journalist Shiksha Arora narrated a traumatic ordeal in the hands of a thug at Nairobi's Globe Cinema roundabout.

Arora was strangled by a thug who forcefully entered her car while stuck in traffic.

'He strangled my neck...' KBC anchor Shiksha Arora's encounter with a thug

As he was strangling my neck, I desperately gasped for air,I started hooting loudly to get some attention...
Entertainment
1 month ago