Bahati lands in Tanzania for music video with Rayvanny 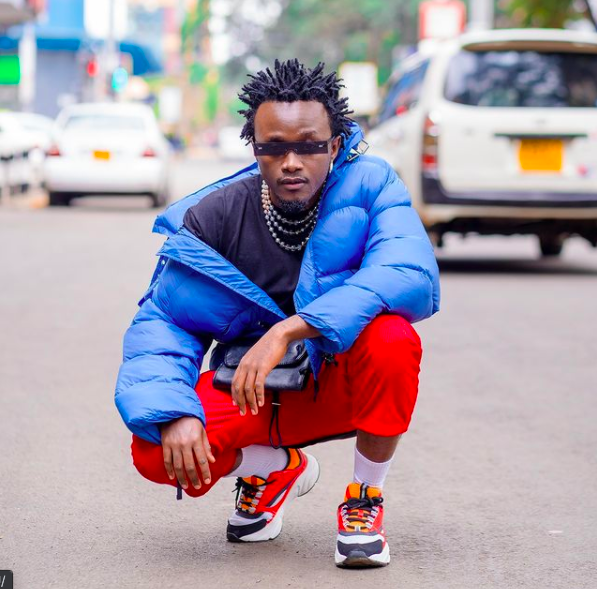 Kenyan Musician Bahati is on a tour in Tanzania to shoot a video of his song Kiss, featuring Tanzanian star Rayvanny.

Accompanied by his wife Diana Marua, the gospel-cum-secular artist touched down in Dar es Salam on Tuesday evening.

After successfully launching the Love Like This album, Bahati said it is the right time for him to finalize his song with Rayvanny.

"We are here to give fans the video, in Kenya everybody is asking for the Kiss video. We were to do it earlier but Rayvanny was busy and also I had not released the album officially. I feel this is the best time," he said.

Bahati could not hide his joy after hitting more than a million views in the Pete Yangu song featuring Nadia Mukami.

"I am very delighted, thanks to everyone who came through in the album launch, mostly Rayvanny. He is the only person here who has done a collabo with me while I was in Gospel and I appreciate that our song Kiss is in the top 100 in Africa."

Kiss becomes the second song from Bahati and Rayvanny. 4 years ago their song Nikumbushe, which was more of a gospel song hit the airwaves and has since gained close to 5 million views on You Tube.

Diana Marua criticized for leaving househelp out of dinning table

Through the reflection of a mirror in their dining area, Irene is seen all smiles, watching the family having their meal.
Entertainment
1 year ago