•Bahati did whatever he did just to push his album and that's how he puts food on his table. 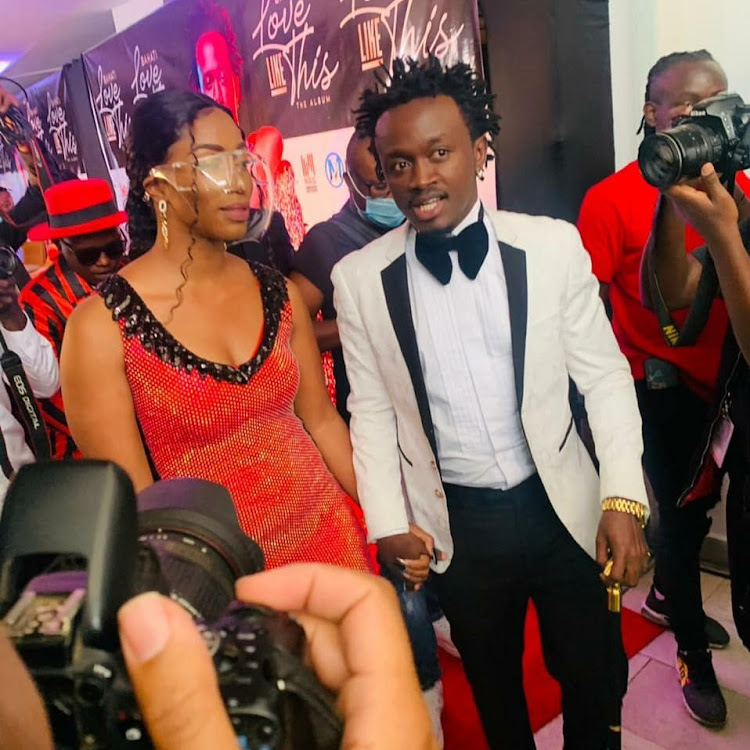 Eric Omondi has revealed that he gave Bahati 200K from his pockets after his sponsorship was allegedly cancelled by Kenya Film Classification Board.

This he did over the weekend during the launch of the 'Love like This' album.

Through his socials, Eric now says Bahati only did what he felt right to put food on the table for his family.

''So When I heard that @bahatikenya's Sponsorship worth Ksh 200,000 had been Cancelled just a few hours before his event, as the PRESIDENT of Entertainment I had to step in and reinstate the Sponsorship personally.

I honestly don't think @bahatikenya did anything wrong. As creatives sometimes we are called upon to do just that...be creative. Bahati did whatever he did just to push his album and that's how he puts food on his table.''

''The guy is a father of FOUR bwana...But just like @mulamwah he has learned his lesson. When he called me to ask for number ya yule CEO, si munajua yule jamaa wa vipindire I told him Wachana na huyo jamaa hasaidiangi watu but hakuskia.

In attendance for the launch were celebs like Nameless, Naiboi, Mejja, Ertic Omondi, Nadia Mukami among others.