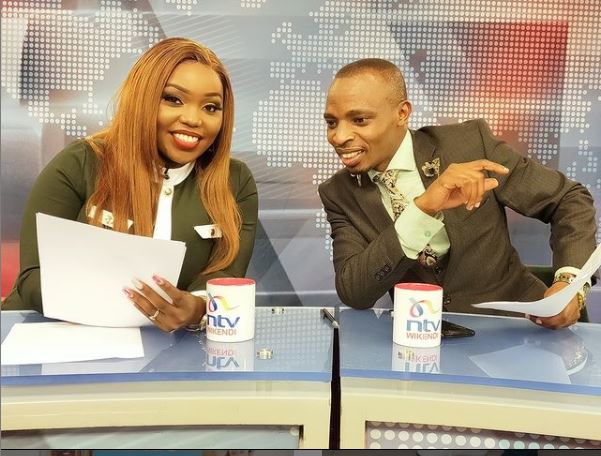 Being a new buddy in the city, Lofty lived at Kayole slums in Nairobi Eastlands.

The area is known for rampant criminal activities, and one day, Lofty found himself in the hands of an armed gang.

Speaking on Ogopa Nairobi Show hosted by Jack Kipyegon, the news anchor narrated the events of the fateful night.

"When I came to the city, I was staying in Kayole, Sabasaba area. One day we went to watch a football match at night.

After the match, I left in a group of 4 youngsters, but I did not believe my eyes when 3 small boys appeared and commanded us to give them our phones and everything we had.

One of us tried to challenge them, they cocked guns, each of them was carrying a gun.

I felt so scared, I did not know how to negotiate with thieves, but my friends gave them phones and requested to retain the sim cards.

There were people passing around but we were under siege for 5 minutes."

The news anchor has risen to top ranks in Kenyan newsrooms, but his career journey began in a medical laboratory.

"I got my first Diploma in Medical lab technology. But I really desired to be a journalist, my father said I should finish my medicine course first. He said there are no journalism jobs.

After finishing medicine studies in 2007, I applied for a journalism course at the Kenya Institute of Mass Communication," he narrated.

"But my vacancy was given to someone else. I worked in a Medical lab in Kayole but did not like it. So I ventured into acting, I wanted to act in Vioja Mahakamani.

There was no empty slot, but I found a journalism course for free there. My Journey started at Midiva."

His father was injured after falling from the top of a house.
Lifestyle
2 days ago