Mbusi told Bonoko to move with him to Radio Jambo, he refused

• Bonoko and Mbusi worked together at Ghetto FM before Mbusi was poached by the number one Swahili radio station in Kenya Radio Jambo in 2013. 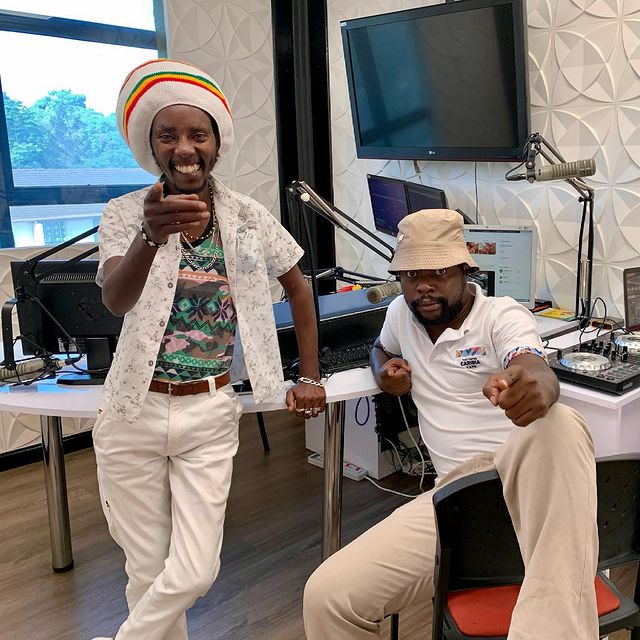 Radio Jambo presenter Mwangi Githinji alias Mbusi has for the first time responded to the questions asked by most of his fans about his previous co-host Bonoko.

The two worked together at Ghetto FM before Mbusi was poached by the number one Swahili radio station in Kenya Radio Jambo in 2013.

Speaking on Bonga Na Jalas, Mbusi told Jalang'o that before settling for Radio Jambo, he was approached by Radio Citizen but he was not convinced.

"I sat down and thought about it for sometimes and my mind told me not to go and so I remained at Ghetto FM.

After a while Shaffie Weru called me and told me that there was an opportunity at Radio Africa. He did not tell me which station it was. I actually thought it was Kiss FM.

After meeting up with the bosses, I told Bonoko we go to Radio Jambo he refused."

Mbusi added that a few others he worked together with at Ghetto FM refused to go to Radio Jambo.

"Lion agreed and here we are."

Mbusi hosts the drive show dubbed TekeTeke alongside Lion every day from Monday to Friday from 3 pm-7 pm.

Watch the whole interview below;