Did your current bae trash your ride? - Makena Njeri addresses the issue

Police are still investigating who vandalized the Mercedes Benz

• Makena has for the first time addressed the viral photo of her vandalised pristine white Mercedes Benz.

• Massawe asked, Is it your current bae who did that? 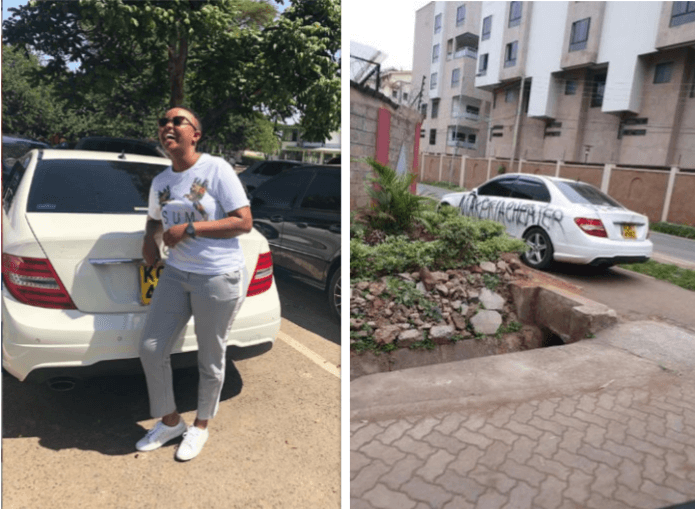 Makena has for the first time addressed the viral photo of her vandalised pristine white Mercedes Benz.

The words, "Makena Cheater" were written across the side of the car. The issue trended for over a month.

"Two years ago my story was told by people before I could. I sat down and said that the reason why it hurt was that people told my story," she told Massawe Jappani on Radio Jambo.

Asked who she suspects vandalised her car, Makena said, "I also don't know the police are still investigating who vandalized my Mercedes Benz. I will not look back at the bad things that happened. Every day we try our best to move on, forward."

Massawe asked, Is it your current bae who did that?

Makena said, "I will leave the speculation of whoever who did to people who want to speculate."

Adding, "I also don't know. I keep on saying that, all that is in the past, what is important now is, what is Makena doing right now."

'Pray for us!' - Nviiri speaks out

Asked about Elodie's long post accusing him of being abusive and confirming they have broken up, Nviiri downplayed it saying, "All is fair in love ...
Entertainment
4 days ago