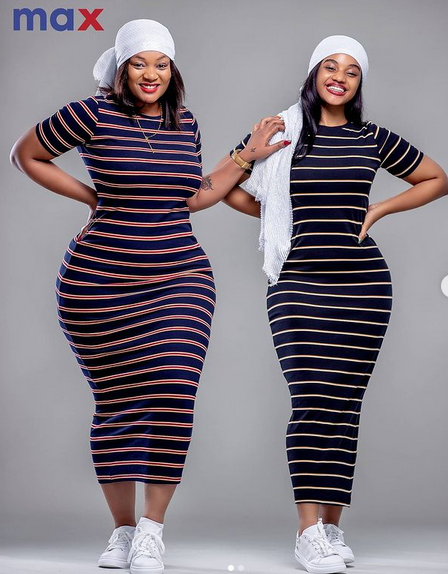 In the photos that have gone viral in Tanzania, Fridah and her daughter are seen naked.

The Bongo movie actress released a statement, saying that the nude pictures were edited. Her face and that of daughter, Paula was placed on the bodies of unknown women in a state of undress.

She said that the pictures and videos have caused her so much pain, with people questioning her parenting abilities.

"Sijawahi na sitawahi kupiga picha ya namna hiyo na Binti niliembeba tumboni miezi tisa na kumzaa kwa uchungu, huenda nina kasoro nyingi kwa wengi lakini msisahau kitu kimoja, mimi bado ni mama . (I have never and will never take such a picture with a daughter that I carried for 9 months and gave birth in so much pain. I might be having many weaknesses, but don't forget I am a mother.)

Na uchungu wangu kwa Paula ni kama wa kwako wewe umesoma post hii kwa mwanao. Hata Kama nina uchafu wa nanma gani kama mnavyosema siwezi kufikia kupiga picha ya namna hiyo na mwanangu wa kumzaa, na zaidi nina hofu ya mungu. (My pain for Paula is just like yours  with your child. Even if I am dirty as you say, I can not get to the point of taking nude photos with my daughter, I am God-fearing.)" read a statement from Fridah.

These photos leaked just months after Kajala and her daughter Paula were accused of leaking Harmonize's nudes and private chats.

The two were arrested, after grilling by Tanzanian authorities, they were released on cash bail.

Harmonize then said that his lawyer is preparing a cyber-crime case against people who took part in sharing his alleged nude video and photos online.

Writer and Kenyans Chess champion Mehul Gorilla has called out comedian Elsa Majimbo for lying about chess.
Entertainment
1 week ago