•Petition is meant to disqualify the singer from the nomination

•Singer's support for Magufuli one of the reasons for petition 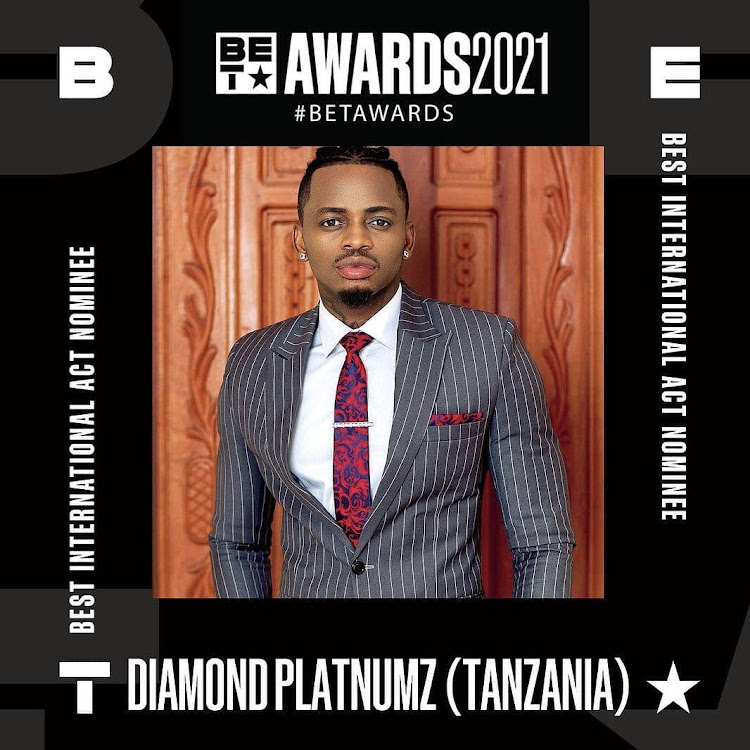 Diamond Platnumz has been nominated by BET under the category Best International Act. The news was received with mixed reactions by Tanzanians.

While some think the singer has held the bongo fleva industry with his hands and taken it international, others have dug up the his past to haunt him.

A petition is being signed for BET to disqualify Diamond from the nomination.

The petition says that the singer  "used his popularity and his talent to whitewash and deodorize the brutal repression of the late dictator John Magufuli and his regime. Diamond is also a close friend and business ally of Paul Makonda the former Governor of Dar -es-Salaam who has openly persecuted and cracked down on LGBTI people. Makonda has also been designated in 2020 by the US State Department for gross violations of human rights including cracking down on freedom of expression and association."

"When fellow artists were imprisoned and abducted Diamond remained silent. In 2017, he deliberately released a single called “Acha Nikae Kimya” (Let me remain quiet) as a response to the increasing demand from the public to speak up and condemn the crackdowns. Diamond to-date has not condemned or spoken up on any of the atrocities committed" read part of the petition

The petotioners went on to give reasons why the Tanzanian singer should be dropped from the nomination;

Diamond is the only East African nominated under this category, he is battling it out with Nigeria's Burna Boy, Wizkid among others.

Youtuber Elodie Zone has exposed singer Nviiri The Storyteller for being violent. Elodie alleges that she has undergone physical abuse from her ...
Entertainment
2 weeks ago