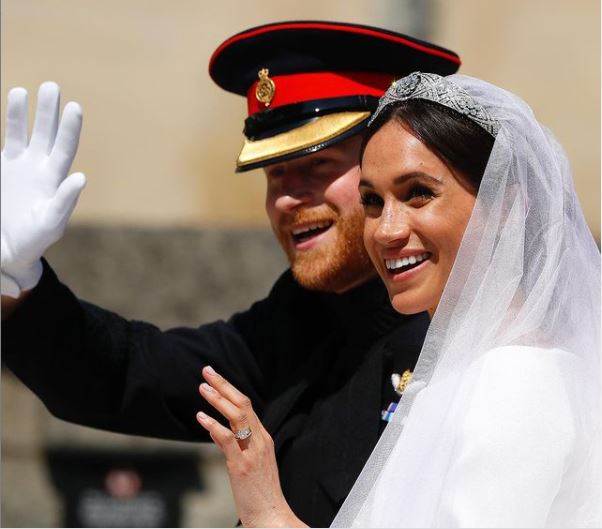 The Duke and Duchess of Sussex, Prince Harry, and Meghan Markle have welcomed their second child.

"It is with great joy that Prince Harry and Meghan, The Duke and Duchess of Sussex, welcome their daughter, Lilibet 'Lili' Diana Mountbatten-Windsor, to the world. Both mother and child are healthy and well, and settling in at home," the couple's press secretary announced on Sunday.

The little princess is named after Queen Elizabeth, Harry's grandmother, "whose family nickname is Lilibet."

Her middle name, 'Diana' was chosen to honor Harry's late mother, Princess Diana who died in a road crash years ago.

However, Archie and Lilibet will not have the official prince and princess titles yet since they are the 8th in the line of succession.

The couple welcomes their secondborn just before the dust on their family conflicts settles.

In an intensive interview with Oprah Winfrey early this year, Meghan said that she had been a victim of racial prejudice at Buckingham Palace.

This prompted her and Harry to move out of the Royal home, to fend for themselves in the United States of America.

'You were left in my care when mum died...' Nyce Wanjeri shows off her hunk brother

'You were left in my care when mum died...' Nyce Wanjeri shows off her hunk brother
Entertainment
1 week ago