• She was initially dating Otile Brown and Tanzanian doctor Chinasa 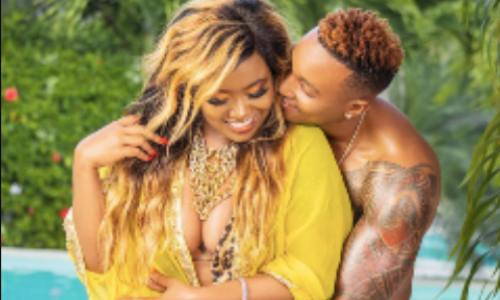 Socialite Vera Sidika has thrown shade at her ex-boyfriends.

Vera was in a conversation with her fans on Instagram.

She said that her current relationship with singer Brown Mauzo is the longest she has ever been in adding that they would be celebrating their 1st anniversary in August.'

"12th August 2021, 1st anniversary. Wow. Guess what. This is the longest relationship I've ever been in and the most unproblematic. No public stunts, no trying to prove a point to nobody genuinely living life. For some reason, my past relationships lasted 5-6months but by this time I have known you in and out to know if there's a future or not."

Vera also hinted at having kids with Mauzo.

She threw shade at her ex-boyfriends terming them jokers and confused men.

"I plan my life and let God see me through them. I never in the past planned or wanted kids. I wasn't in proper, serious relationships. Unfortunately, I dated jokers and confused men who didn't even know what they wanted in life."

Vera continued, "When God sent Frederick, I saw a whole different world, we were on the same page and my perception about so many things changed. I can't really explain but we got engaged, married and do plan to start our little family in future."