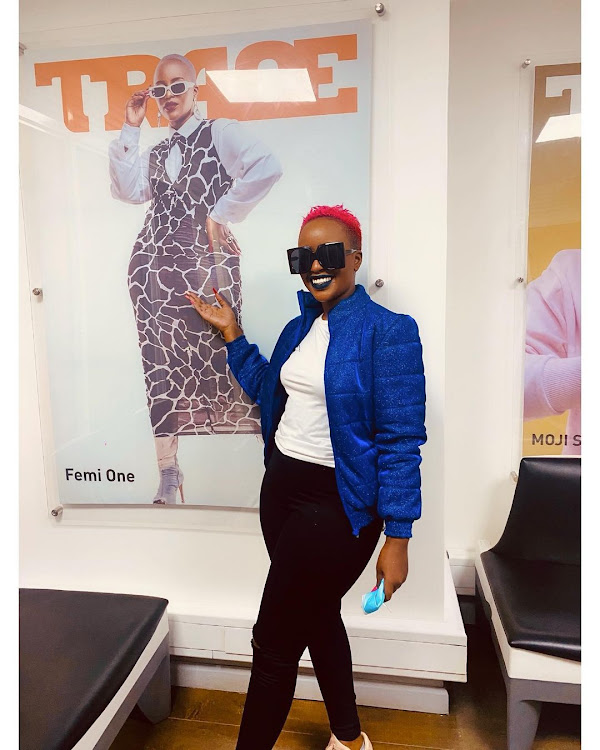 Kenyan artiste Femi One has said she felt bad for being bashed and trolled after a video of Azziad Nasenyana dancing to ‘Utawezana’ went viral.

The video created a lot of tension after a section of Kenyans criticized Femi for allegedly not thanking Azziad enough for having made the song a hit through her Tik Tok video.

Speaking during an interview with Massawe Japanni Femi said the trolling hurt her feelings.

‘She (Azziad) knew that I had reached out to her and she had the power to shut critics but she did not I ended up looking like the bad guy.

If she told people that I had sent her a DM people would have shut up.

The song had been famous even before she did the challenge but I admit she did well as her video went viral.

I started the challenge and it was up to fans to decide who was their favourite.

People felt like I did not deserve that success. They felt like Mejja deserved the success while I was not.

People were not looking at all the years I had put in hard work. They judged me wrongly as a woman as they felt I had been ‘helped’..

Asked on what is the worst thing that has happened to her, Femi shared

‘At some point people created a group dubbed ‘Unsubscribe Femi one’ yet I wronged no one. ‘

Femi says ‘Utawezana’ is the song that made her career.

Check out the song below