• Asked why she did not her pregnancy details, she said in her culture they prefer not to show off bumps. 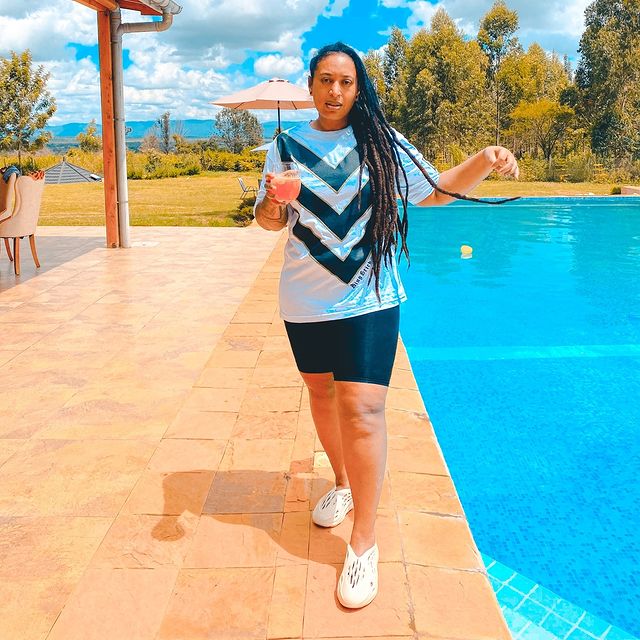 She introduced her second son to the public, 10 months after his birth.

In a Q and A session with her fans on Instagram, Nazizi asked her fans to ask what they wanted to know about her son.A fan asked if she used a surrogate.

"No I didn't but he was born prematurely at 7 months and stayed 2 months in an incubator," she said.

Speaking about the inspiration behind his name Jazeel Adams, Nazizi said;

"Jazeel means great, tremendous or strong in Islam and I think he is such a warrior born prematurely at seven months and he fought so hard."

Asked why she did not publicise her pregnancy bump, she said in her culture they prefer not to show off bumps.

"I am very protective of my kids. Being in the limelight all the time, you have to balance what you need to put to the public about your personal life."

Jazeel was born in July last year. She added that she will consider using a surrogate for her third child due to so many health issues with her two kids.

She also revealed that her second born child was sired by a different man from her firstborn.'

"No sir, I divorced years ago and moved on."