Githeri Man to Azziad: Kenyans who rose to fame in unconventional ways 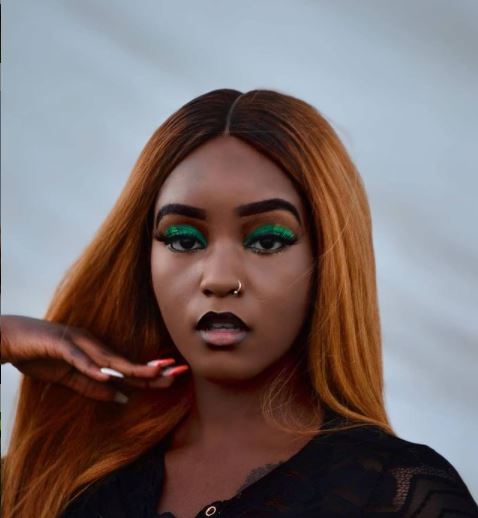 In the past few years, we have seen Kenyans become famous for what many might term silly reasons.

So famous did they become that some were given state recommendations for doing absolutely nothing.

While some took advantage of the fame to make something meaningful for themselves some are still languishing in poverty.

Below are Kenyans whose rise to fame still puzzles Kenyans.

Martin Kimotho known to many as Githeri man rose to fame in 2017 after a photo of him holding githeri while lining up to vote went viral.

In 2018 he was again awarded by President Uhuru Kenyatta after he graduated from Mama Care Rehabilitation Center in Wangunyu Primary School, Kiambu County.

He was among 77 graduands who were awarded certificates by President Uhuru Kenyatta at an awarding ceremony held in Kiambu.

Kenyan artiste are opting to go solo instead of pursuing their music careers as a group.
Entertainment
1 year ago

Shakilla rose to fame through controversy. The damsel is known for alleging that she has slept with footballer Victor Wanyama.

She also named other prominent Kenyans. According to Shakilla, she was paid to go to bed with Wanyama. The footballer sued, she retracted her claims ut held strong that the rest of the men she mentioned, had an affair with her.

Since then she has been trending with her latest achievement being featured by Eric Omondi on his show 'Wife Material.'

Azziad Nasenyana became an overnight sensation after a video of her dancing sensually to the jam 'Utawezana' went viral.

She has since landed a radio job and other endorsements since the video went viral.

He is the man known to many as Uhuru's look-a-like, for his uncanny resemblance to President Uhuru Kenyatta.

His resemblance thrust him into the limelight and continues to do so.

Which other Kenyan rose to fame through unconventional ways?

'They used me,' Uhuru look-a-like vacates 4-bedroom house he was gifted

'They used me,' Uhuru look-a-like vacates 4-bedroom house he was gifted
Exclusives
1 year ago