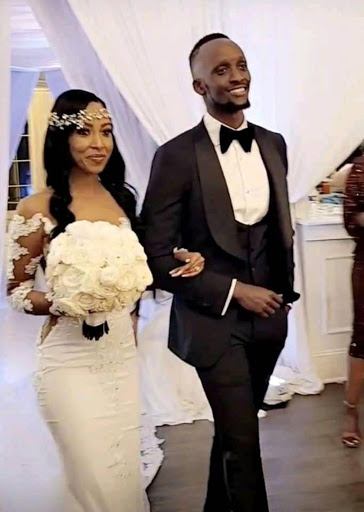 The two lovers tied the knot in an exclusive ceremony attended by close friends and relatives at Dallas, USA.

31-year-old Meddy proposed to Mimi in December 2020, saying that his mother had accepted her and gave them blessings.

During his wedding, Médard Jobert Ngabo was dressed in a white cultural attire, with his groom's men dressed in black.

After tying the knot, the lovers are expected to travel to Ethiopia and Rwanda to hold traditional ceremonies.

They have been dating since 2016, and have not shied away from public display of affection.

Meddy is commonly known for his hit song, Dusuma, which he sang with Kenya's Otile Brown.

The song turned out to be the most viewed Kenyan music video, gathering over 26.2 Million views on You Tube.