Couple goals that survived or were broken by infidelity - List 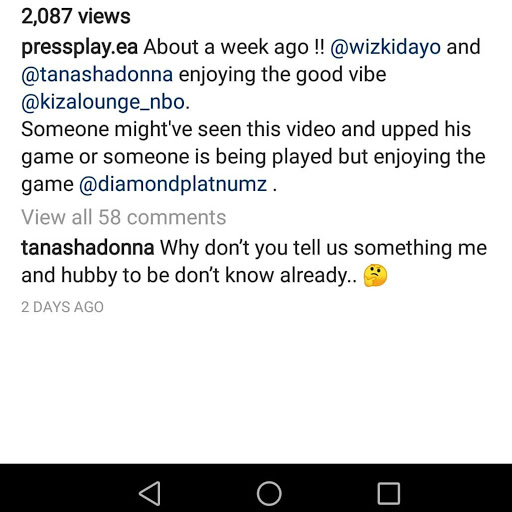 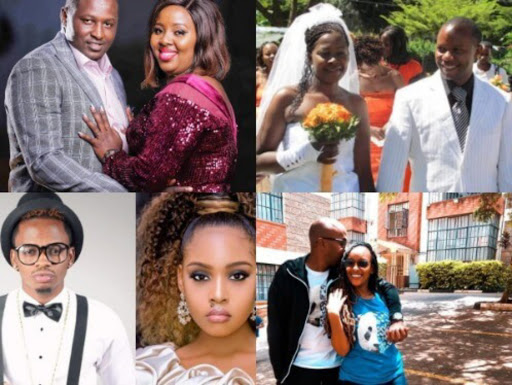 Infidelity can make or break a marriage. While some unions become stronger after such incidents some never recover hence ending up parting.

Below are celebs whose infidelity is no secret.

Diamond cheated on the mother of his two children claiming it was because of the long distance between them.

Zari was majorly located in South Africa and Diamond in Tanzania, at some point Diamond’s sexual desires could not be contained.

Speaking in a past interview Diamond said:

THROUGHOUT MY RELATIONSHIP WITH ZARI, I WRONGED HER MORE THAN SHE WRONGED ME. SHE WAS SMART, SHE WAS A WIFE MATERIAL THAT I CAN ASSURE.

WHAT I CAN SAY LED TO US INTO SPLITTING WAS THE DISTANCE AND LACK OF CONSTANT ENGAGEMENT WITH EACH OTHER.

In a candid Interview with Ijumaa Wikienda, the voluptuous actress Wema pointed out that not even a marriage proposal would make her go back.

“EVEN IF DIAMOND DECIDED TO DROP EVERYTHING AND PROPOSE TO ME, I’D NEVER ACCEPT HIS PROPOSAL,” SHE SAID.

In an interview with Wasafi TV, Diamond said that the worst thing that his ex Zari had done to him was cheating on him with Peter from the pop Nigerian group P-Square.

Diamond said that he saw the proof for himself on Zari’s phone.

He said that he had found a message between her and Peter and confronted her about it, telling her that she was playing him.

Zari vehemently denied the allegation branding them as projections from a guilty party who is known for infidelity.

Tanasha Donna was in 2018 roasted right, left, and centre after old photos of her with ex-lovers started being reshared on social media.

A local Instagram page shared video of  Tanasha Donna, claiming she was cheating on the Tanzanian singer.

The marriage between gospel artiste Gloria Muliro and her then-husband Eric Omba broke up over many issues among them infidelity.

'She had no pictures or evidence nor did any other woman come out to say that I was dating her.' He said.

He has since remarried and has children with his new wife.

The artiste came out guns blazing to respond to the rumours, saying;

WHY DON’T YOU TELL US SOMETHING ME AND HUBBY TO BE DON’T KNOW ALREADY.

Below are the two celebrity marriages that survived infidelity.

As they say, the internet never forgets. In 2015 Creme was exposed when his sex tape leaked. In it, he was getting intimate with a lady who was obviously not his wife.

The lady in the video was identified as Halima. The father of two mended his ways and has since moved on from the trauma.

The online content creator and comedian Terrence the creative popularly known as Kamamy cheated on his wife Milly Chebby.

“Is it true you cheated on Milly Chebby? asked a fan.

In his response, Terence admitted that indeed he cheated but they will talk about with Milly someday.

“Yes I did, and through it I have learnt my lesson, Milly and I will talk about it someday,” Terrence said.

Chebby forgave him and the two are working towards bettering their marriage.