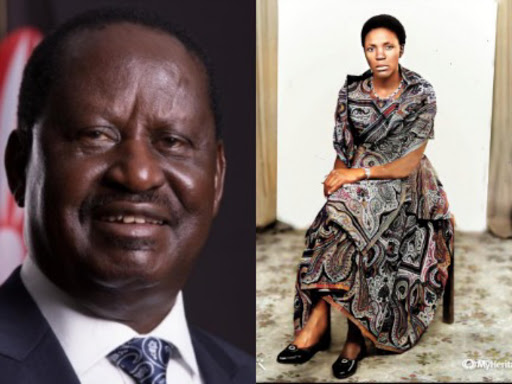 Former Prime minister Raila Odinga has revealed that he only learned of his mother’s death two months after she passed on.

This was because at the time he had been detained by Jomo Kenyatta’s regime.

He was at the time a renowned freedom fighter.

Through his tweeter, Raila shared the message accompanied with a photo of his late mum as he wished Kenyans a happy mother’s day.

'My mother passed away while I was in detention. I was formally informed about it two months after her demise. My mother like the millions of others was special and unique.

Just like Mother Earth, they make the world a better place; they love us unconditionally, and oh man they can multi-task. It’s Mother’s Day. I single out single mums today. Happy Mother’s Day!'

Many have praised her for her beauty adding that they now see where Raila got his bravery from.

Is your mother alive? If yes what is your message for her.

If No, what's your best memory with her when she was alive?