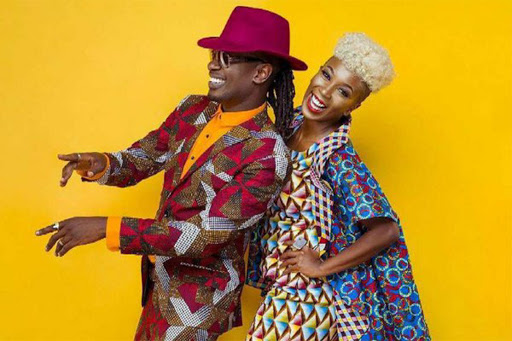 David Mathenge alias Nameless has said it was not an easy task working with his wife, thus the couple took 21 years to do so.

Mathenge and Wahu are currently trending with the jam 'Te Amor' the first song they did together despite being in the industry for more than two decades.

Speaking during an interview with Milly Chebby, Nameless shared

'We have been together for 23 years.

At first we had said do your projects and let me do mine, but it reached a point we decided to merge and create this dynamic duo.

Sometimes you can be in a marriage but in different places in life.

Plus Working together as a couple is no joke. '

'There were things we needed to go through And to figure out, so that the why we were doing it was strong enough. We would record something but would end up not being happy with it.

Then two years ago Bien suggested we do an album instead of stressing about a single song.

The couple look forward to working on more projects in the feature.