From Esir to Lady S: Here are artistes who died at the prime of their careers 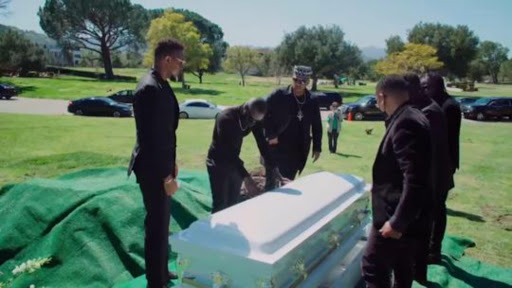 In the past years we have lost very talented artistes at the prime of their life, some due to illness, insecurity and others under unclear circumstances.

May they rest in peace. Here is a list...

He died in a grisly road accident on March 16, 2003, on his way back to Nairobi from a concert at Afraha Stadium, Nakuru town, to help promote his debut album Tumefika; whose songs remain club bangers to-date.

Carlton Williams Bongo Juma best known as K-rupt died at the tender age of 24 after being shot by a bullet while going to a concert using a matatu.

Witnesses said K-Rupt, argued with the gangsters, who immediately opened fire on him, killing him with a single bullet.

They dumped his body in Laikipia Forest according to police reports.

Christian Longomba is the latest artiste to die after a long battle with a brain tumour.

He succumbed and was buried in Amsterdam in a close knit function.

The legendary Mugithi maestro died in 2019 through a road accident near Blue post hotel after his car hit a stalled lorry.

He died on the spot.

Lady S passed on in September 2007. She was best known for her rapping skills which not many can match to date.

Kaberere passed away in 2014  after an electrocutuon accident at his car wash.

His death was a big blow to the gospel fraternity given he had just released the song 'Mwanake' alongside Benachi.

He left behind a wife and two kids.

Papa Denis who at the time of his death was a gospel artiste died under unclear circumstance in 2019 after his body was discovered by the roadside in Pangani.