4 new original series from Showmax you dont want to miss 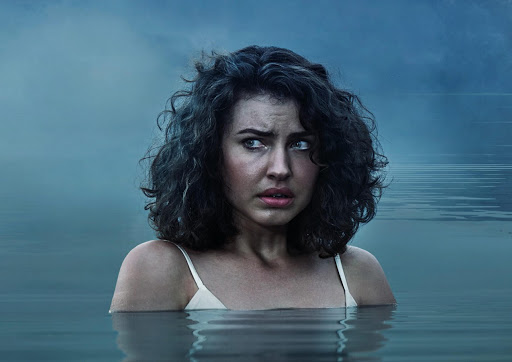 From Kenya’s own Crime and Justice to the psychological thriller DAM, your weekend watchlist is sorted with these world-class series.

Crime and Justice is both Kenya’s first Showmax Original and Showmax’s first co-production with global broadcaster CANAL+. The Nairobi-set police procedural and legal drama stars Sarah Hassan (Plan B, Just In Time) and Alfred Munyua (Poacher, The First Grader) as Makena and Silas, the Nairobi Metropol Police detectives at the heart of the show. The eight-part series follows one ripped-from-the-headlines case per episode, all the way through to the courtroom verdict.

In the first episode, Silas and Makena investigate the gruesome murder of Abuya (Muhugu Theuri, Pillow Talk), a university student who was entangled in an illicit affair with the powerful politician Barasa (John Sibi-Okumu, The Constant Gardener, The First Grader).

Early reviews for the Showmax Original DAM, a small-town psychological thriller set in the Eastern Cape, are glowing. YFM’s resident critic Yazz the Student compares to HBO’s The Outsider and says the “eerie” and “unsettling” show feels “different to the South African television landscape;” Sunday Times’ Tymon Smith calls it “chilling… well-acted, eerily realised and intriguing”; Fortress of Solitude says “it rivals any international production… a must-watch show that promises to fester in your mind long after the credits roll;” and Watkykjy hailed it as the “best South African series I’ve seen to date.”

Silwerskerm Best Actress winner Lea Vivier (Wonderlus) stars as Yola, who returns from Chile to bury her estranged father. To her surprise, and her sister’s irritation, he’s left his farm to her, but this may be more of a curse than a blessing, as the house seems to be trying to tell her something. But with her mother institutionalised, and her own meds running out, Yola has to wonder if the spirits are real or just in her head?

In Tali’s Baby Diary, an unexpected pregnancy forces Tali (Julia Anastasopoulos, aka SuzelleDIY) into a desperate pivot from Insta-influencer to wholesome momfluencer.

Early reviews are loving the . In a five-star review on Channel24, TV critic Thinus Ferreira hailed Tali’s Baby Diary as “the best South African TV show of 2021 so far, and 100% guaranteed to make you literally laugh out loud.”

In February 2021, I Am LAYCON broke the Nigerian record for the most-viewed show on its first day on Showmax. Weeks later, the reality series remains in the number one most-popular spot on Showmax in Nigeria.

The first Showmax Original shot and produced in Nigeria, follows the Big Brother Naija season five winner, Lekan Agbeleshe aka Laycon, as he settles into a life of stardom and chases his music career. The show features cameos from fellow Big Brother Naija Lockdown housemates including Lilo Aderogba and Victoria Adeyele, aka Vee.

Akanni of Lagos, better known as the president of the iCONS fan club, tweeted: “Omoh, that was so smooth. Those Aunties on 124 no do pass this one ooo. This is a pure class!”