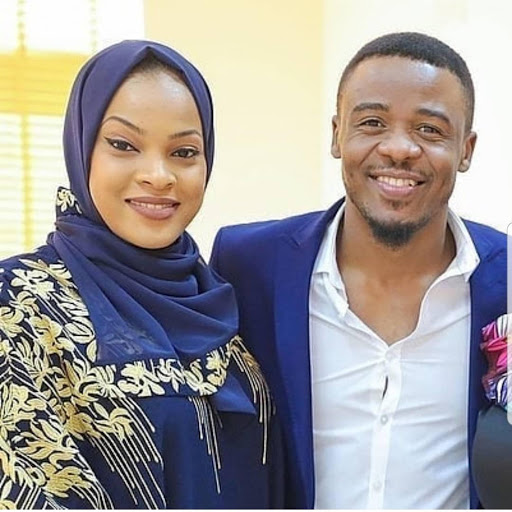 When it comes to love it knows no boundaries, people do the craziest of things when in love and cross borders to meet the love of their life.

For some Kenyan celebrities it has been a matter of crossing the border in the neighboring country of Tanzania and getting charmed by the Swahili poetic vibe and pap!

Just like beautiful relationships have grown, some lasted while others completely shattered.

1. Ali Kiba- Popular Bongo star Ali Kiba has been soul searching for the longest time having kids with various baby mamas but he got blinded by the beauty of a Kenyan woman based in Mombasa.

Ali Kiba and Amina Khalef Rikesh later on got married in a beautiful Muslim wedding in Mombasa back in 2018 attended by the governor of the city Ali Hassan Joho and later on flew to Dar es salaam for a white wedding to seal their marriage.

2. Ben Pol- Tanzanian musician Ben Pol is also guilty of getting charmed with our Kenyan beauties.

At first Ben Pol and Keroche heiress Arneisa Muigai played it low on their relationship disguising it as plainly friendship but later on confirmed their dating rumors.

The two have been inseparable and tied the knot in May 2020 and recently shared with their fans that they are stuck together till death do them part.

The singer has been causing a stir online due to his dating life.

He has dated fellow Tanzanian women such as Wema Sepetu, Hamissa Mobetto whom they share a kid with and crossed over to Uganda and charmed businesswoman Zari Hassan whom they have two beautiful children with Prince Nillan and Tiffah then had a stopover in Kenya where he dated songbird Tanasha Donna whom they have a son Naseeb Jr.

The relationship between the star and Tanasha had been the talk of the town for the longest with the ‘Waah’ hitmaker even promising to marry the Kenyan beauty come February 14th 2020 which was on Valentine’s day which of course did not happen.

The two were so in love that they made a mad track together ‘Gere’ but later on it ended in prime tears as they called it quits.

4. Amber Lulu- The beautiful Tanzanian songbird found love in the arms of Kenyan rapper Prezzo and dated for a while.

However, things didn't work out and the relationship ended.

5. AY- Tanzanian star AY also seems to like seeking love across the borders just like in Diamond Platinumz’ case.

The rapper in the earlier days was dating gospel turned songbird Amani for 2 years. The two split up and the rapper later on married a Rwandese woman.

The ‘Jela’ hitmaker was allegedly involved in an affair with the wife of a Kenyan politician for a while and when the D-Day for them getting caught came he danced to the tune.

The dramatic story then followed with him getting beaten up by goons sent by the Mombasa based politician.

For the musician he however revealed that his side of the story was not heard and the story with the Kenyan lady wasn’t as told but feared talking about the matter as his life was in danger and was advised by his promoters to lay low.