'Our Kenyan women are chameleons!' Mwalimu King'ang'i on why he can't support women 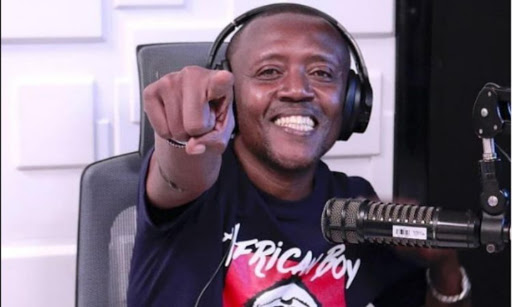 First female vice president of the USA Khamala Haris's husband Doug Emhoff has left many praising him after he quit his job to support his wife's candidacy.

He has earned the title of the "best man' in the world and today morning, it was a conversation on Classic 105 during the breakfast show.

'Guys, would you quit your job to support your wife/Are Kenyan women worth sacrificing for?' Maina Kageni asked his listeners and the responses were mindblowing, starting with his co-host's.

Fans called in and others flooded Twitter with messages below.

'I sacrificed not once for some people I thought were special to me and who I thought I was to get happy but what I got in return was PPT( prime premium tears) I'm not repeating some mistakes with my eyes and mind wide open.'

Another wrote, 'Siwezi! It will end in tears.'

Another one wrote, 'Never sacrifice your mission for a woman, she won't remember a week from now.'

'No man supports a lady because he has enough. you sacrifice your comfort for her but they don’t recognise that. They find better and move without looking over the shoulder. The beauty about it is she never forgets and at some point regrets hit.'