10 Celebrities Who've Been Mercilessly Killed By The Internet 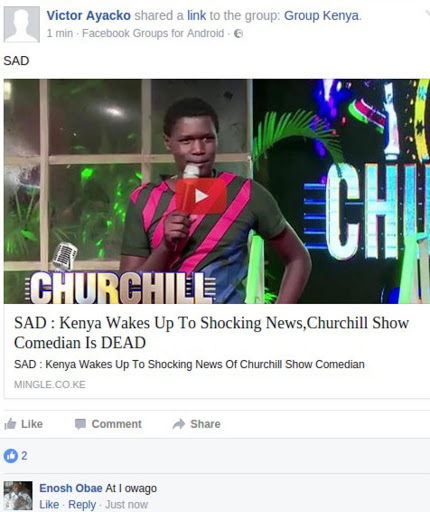 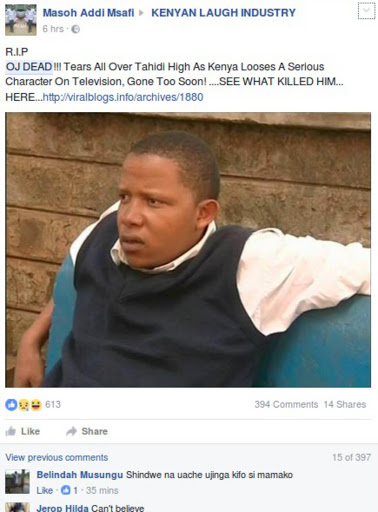 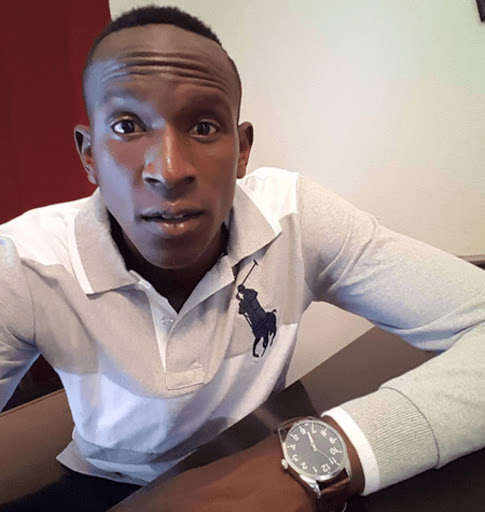 This has happened to celebrities who go missing in action and are later pronounced 'dead' by attention seekers.

Well, here are the celebrities who've been killed by social media;

Daniel Ndambuki, alias Churchill is the latest person to be killed by social media. A blog broke the fake news that he had an accident along the Mahi Mahiu road and went on to post an old broken car claiming that it was being driven by the king of comedy.

Responding to the blog, Churchill said;

A popular publication shocked many after they wrote a story killing this Fagilia hitmaker. Lucas Mkenda, his real name, was trying to come back to the music industry when the news went viral. The Kidalipo hitmaker went on to warn the publication.

Dennis Mugo well known as O.J from the school drama Tahidi was killed by a local unreliable blog which saw fans go on to send condolences to his family. Talking to Mpasho, O.J said he was doing well and further added that he was used to being killed on social media.

He has been killed severally but one thing that still stands out is that Tuva is healthy and kicking. News went viral that the Mambo Mseto host had died in a car accident that happened in Naivasha-Karai.He came out to rubbish the rumours.

Oliver Otieno, alias YY came out to shut rumours that he was dead. The Churchill show comedian did this after fans mistakenly wrote condolences to his family after the death of Aiyeya. Some fans thought he was the one who had passed on as he went ahead to tell them that it was not him.

News came in that the former World boxing champion was dead. Conjestina, who has been ailing for sometime must received these news by shock.

A blog that is not credible wrote that Papa Shirandula's Naliaka was dead. What was funny about their publication was the fact that they put Nyamwalo's photo as the one that had died. What a struggle to get readers!

Rumours of the death of this comedian elicited mixed reaction among fans as Owago later shocked many after appearing at the Churchill show recording. Is this what we call the resurrection of the dead?