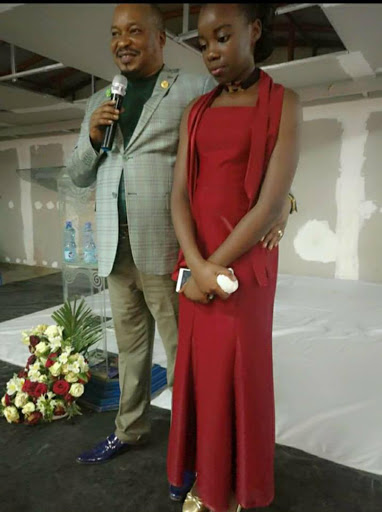 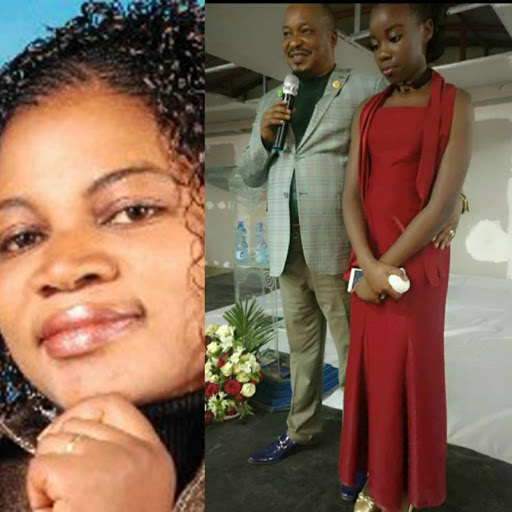 Angela Chibalonza was one of the greatest gospel artistes we've ever had. Her nice music inspired us but sadly, she passed away at the peak of her career.

On that tragic day September 22, 2007, Angela Chibalonza together with her driver Kennedy Aluoch and one of her friends vocalist Nimrod Makori died in a terrible road accident. The accident happened at Kinale, on the Naivasha-Nairobi highway, during their way to Nairobi after a concert at Egerton University in Njoro.

They had been married for four years. 11 years down the line, Angela Chibalonza's daughter is all grown. Recently Bishop Muliri and his daughter were guests at Apostle Francis Musili’s launch of a new branch in Nairobi.

Musili of ATG church shared a photo of Chibalonaz's husband and daughter.

"Lemme introduce you Bishop Elisha Muliri the husband of the late song bird Angela Chibaloza. He is with her beautiful daughter, Wonder Glory Muliri who is a Grade six pupil at PCEA Primary School in Nairobi West. Wonder lost her mum to death when she was only nine months old," he wrote in part.

During the event, Muliri narrated his struggles in raising a daughter who was only nine-months-old when her mother died.

"Bishop Muliri said he couldn’t count the many times he suckled her daughter to make her feel her mother’s presence. ‘When my wife Angela died in 2007 in a grisly road accident in Naivasha, Wonder would cry for her mum and me too would cry for my wife and amidst all these tears, I would suckle her to soothe her to sleep, it was really touching."

Angela's all grown daughter has left many praising the Almighty God and here are some of the emotional comments from her fans.

Princess Reginah Mbinya: God is faithful, I hope she is a happy girl. I was wondering of her whereabouts because you only see the two small boys in most of their photos.

May the Lord be with her

Phoebe Clarencie: God is wonderful, she has really grown …may God continue to bless them.

Lilian Tala: I remember your family bishop am happy to see Gloria growing in the Lord, you came to our church in Msa when Angela was expecting her Wonder.

Joramu Wamwago: That is good testimony. Thanks God because the change life for somebody

Lynn Kish Braidist: She is all grown. May God bless and strengthen her

Michael N. Wambua: It was such a big lose and a shock when we lost Angela Chibalonza not only to the man of God but to her music ministry fans. I remember I was in form two and although I didnt know her so much I could sense the quiver her sudden death sent countrywide and the gap she left. Even today nobody has stood in her place in the gospel music industry. Be comforted man of God because we didn’t really loose but Jesus snatched away what was rightfully His from us. One day we shall behold her and once again enjoy being together as we all sing in unison with the heavenly angels.

Margy Bosibori: God see her through let her take gap of her mum to praise you God be praised

Evelyn Natasha: Wonder is so big now! May the Almighty God always be with her.

Zipporah Pat: There’s a faithful God in Heaven… Young Wonder, you shall be the voice to your generation.

Evelyn Natasha: Wonder is so big now! May the Almighty God always be with her.”