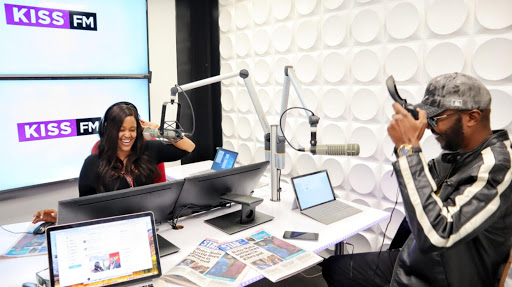 Kiss FM's breakfast duo Kamene Goro and Andrew Kibe have weighed on an issue that Eric Omondi raised some time back.

Eric Omondi - who was bitter after Chipukeezy's TV show was cancelled - said that the world doesn't need traditional media any more.

He explained, "Take, for example, the traffic jam in Nairobi, it will never end. The only way radio can die is if people stay home with their internet 24/7. Otherwise, they have to go to work, they have to listen to the radio on the way to work."
Kibe also pointed out that his Kiss FM producer, Xtian Dela, earned his stripes by making waves on the interwebs.

"Xtian Dela is very creative. His creativity makes him survive in the market without radio. He was one of the most influential personalities on twitter 2017. He has a big name na he performs well," he said.

"He is a hardworking man. Very industrious."