Here Are The 13 Kenyan Musicians With University Degrees 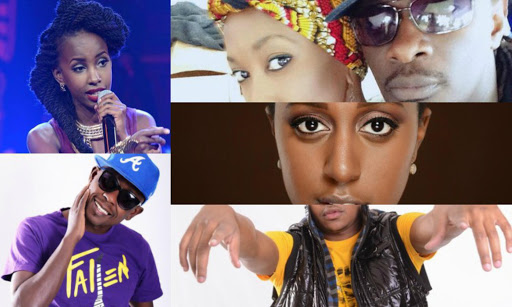 They say education is the key to success. Being educated is very good and people should know that education never ends.

The Kenyan music industry is flooded with several celebrities and despite some of them singing shitty songs, there are a few who are learned.

Just like football, music is generally considered a career for the not-so-bright minds especially in the local showbiz scene.

However, a new crop of musicians has emerged keen to disprove this notion. Some of them have PhDs, Masters, Degrees, Diplomas and even certificates in various fields.

They know that without education, they are as good as nothing.

Well, from the legendary singer David Mathenge popularly known as Nameless to the celebrated band Elani, meet the Kenyan celebrities who have degrees.

He has a degree in Architecture. He graduated from The University of Nairobi.

Married to Nameless, Wahu graduated with a degree in Mathematics from The University of Nairobi.

The Kenyan rapper has a degree in Financial Economics from Strathmore University.

She majored in both Economics and Integrated International Studies. She has a Masters degree in International Development. Joyce studied abroad.

She has a degree in Architecture from the University of Nairobi.

Francis Amisi popularly known as Frasha is a graduate of Kenya Medical training college (KMTC). He majored in physiotherapy.

Made up of three talented voices. Maureen Kunga and Bryan Chweya are law graduates from UON and are currently working as advocates. Wambui Ngugi has a degree in Actuarial Science.

Polycarp has a degree in Actuarial Science just like Wambui of Elani. He is a Jomo Kenyatta University of Agriculture and Technology alumni.

She studied Hospitality and Operation Management at the Hotel School in South Africa. She graduated in 2009.

She did her undergraduate course at Makerere University though we are not sure what she majored in.

She is a trained pharmacist from the Kenya Medical Training College.