Jimmy Gait -my stalkers have threatened to kill me 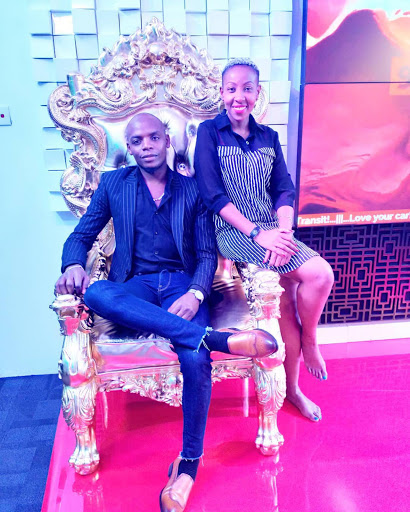 Remember Jimmy Gait? the fact that I have to start this article with such a question... Anyway, the now controversial gospel artiste who at one time ruled Kenya's music charts with every submission he proffered is a man who now lives in fear for his life.

The slender artiste who is known for his zany song titles recently took to his IG account with this succinct message:

THIS IS VERY SERIOUS!!

There are twins who have been on my case to marry them and they have vowed that if I don't marry them no one else will. They have been sending me threats on text and promised to do anything to have me marry them. They say God has showed them it's me and that's final! They follow me everywhere and this is becoming increasingly threatening and so I have decided to write a statement at the police station so the matter can be handled from there. I can't take the threats lightly!

And how did his followers respond?

Boss read your Bible well. Marry them then other 5 will come your way. You need to have 7 wives!! My God!, someone educate my brother.

You mean?? That's serious. Marriage is not to be forced.....unless there are other hidden pursuits

Flee from the Jezebel Spirit my brother!let it be spiritual fleeing thru Prayer and fasting since this is spiritual warfare!God will keep them away from you especially since you have Come out to speak about it and reported to the police!

Love can make one do anything but that's way too far man,all on God🙏

Coz u dont wanna hurt their feeling if u go 4 one per the Christian way I would suggest keep off them. Ukianza vitisho saa hii na mkioana. Keep ur eyes open utapata yule utakaye oa.

A mixed assortment of nuts these are!