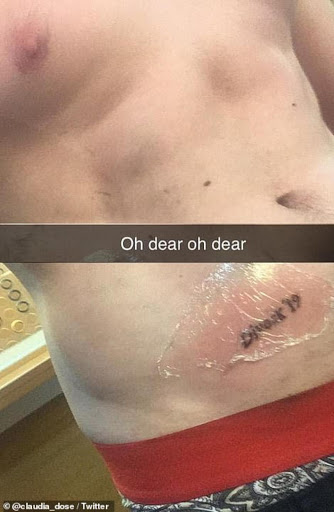 And as fate would have it, he was merely repeating a fete his father had done in service of his national team against Burkina Faso. The year was 1997 and Harambee Stars were playing Burkina Faso. One of the strikers that day was Mike Okoth Origi, Divock's father.

This time around, Origi the younger featured prominently as Liverpool shocked the footballing world by handily beating Barcelona by 4 goals to nil to book their ticket into the Champions League final.

Trust that this has made the Liverpool fans go crazy! While some of the reactions to the team win have included memes and gifs, a Liverpool fan decided to go the extra mile and he got Origi's name tattooed on himself:

I don't know about you but my support ends at buying the official kits. I am not tattooing another man's name on my body if that man was not carried in my loins.