'Tell men not to rape and kill us,' Adelle Onyango angered by Jalang'o's remarks on Ivy Wangechi's death 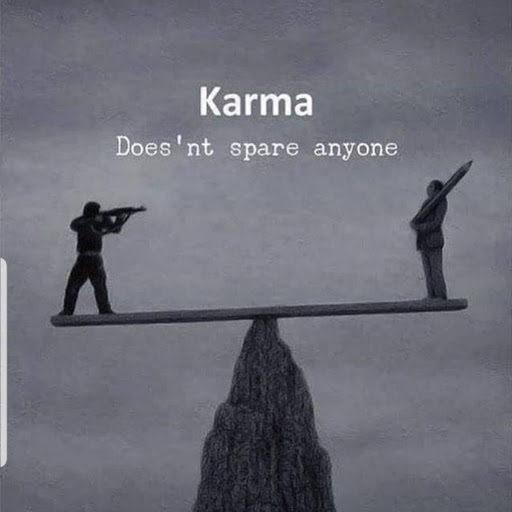 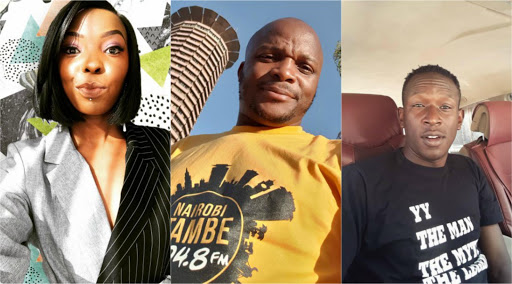 Radio presenter Jalang'o's remarks about the spate of femicide with the latest being Ivy Wangeci, has irked many.

Jalang'o shared a post telling women not to accept anything from men if they know they can't pay back in kind.

He advised women to stop playing games with men's money. He wrote;

I think it's time we became honest with each other....Too many young beautiful girls are dying some of the most saddest deaths you can't wish for someone'S daughter! It is time we disscussed this issue! Rule one! No man gives any woman anything for free! Yes i said it ! Men can we tell them this! Even your dad takes you to school so that at old age and when he can't provide for himself he will depend on you! So my sister before you take any money from any man just ask them what they want in return and if you can't offer what they want RETURN IT! SIMPLE DO NOT PROMISE WHAT YOU CANT DELIVER!

People work soo hard for their money my sister! Do not exchange lies for a man hard earned money! My sister ...my daughter when you decide to live beyond what your parents can afford be ready to pay the price that the owner of your lifestyle will ask! Men are born investors and when they invest in you they expect returns! If you can't give the returns just live the life your parents can afford! And nothing is as good as you being able to afford that life!

He went ahead to advise young women out there not to be envious of their agemates flashy lifestyles and work hard for their money.

Do not be sad that your age mate is in Dubai and wearing all the latest hair and clothes, they may be sad for what they had to do to be in Dubai and sad that they don't even love that person they are with in Dubai! Be warned my sister...my daughter...men also have feelings and when promised they want the promise! Do not be a victim! Do not be depressed! One step at a time! Before you take anyone one money and gifts, before he pays for your school fees and rent...before you take the plane to that trip..before you dress in that latest Gucci dress, before you carry that David Jones bag ask him what he wants...if you can give what he wants go ahead if you can't live the life your parents can afford! See you all the hardworking women at the top!'

This did not go down well with a section of his followers who called him out, claiming he had stooped low for a man of his calibre.

Kiss 100 presenter Adelle Onyango is among those who disagreed with Jalang'o. Jalang'o's fellow comedian YY backed him up and Akothee commented on the post as well.

joanne_maureen The truth hurts....this is the naked truth. No man gives anything for free they are born that silly

yycomedian first let me condemn the brural act that Man did.....secondly,bad people are bad people and we can't change them....in this case we are only in control of our own situations...so dear Women, don't take offense when Told to be careful,please BE...If you use a good man they will just let if fly...but not every one is a good person,...there are psychos out here and they can't be known by just looking....May She rest in peace

adelleonyango This is quite ignorant and reckless. So we must adjust to tolerate murderers? Women have been murdered because of saying NO (something they have the right to say at any moment) and you say this? 37 women since January killed - FEMICIDE and you say this. It’s exhausting - constantly being told to keep safe because men have decided to be killers! Every woman will tell you how they have to adjust every day actions just so that they don’t suffer the aggression of men. There is no difference between your train of thought and those that justify rape because they bought drinks. (They too claim drinks to be an “investment”) Don’t teach us how to avoid getting killed - tell them not to kill us, attack us, rape us.

jacqueline_ndambuki Taking someone's life is a crime God forbid and last but not the least gals avoid relationships till you are done with your studies. Hope my daughter will read this article. 😢😢

afrikan_sista Let me start by saying that you are trash yani takataka. We are not going to teach grown men how to respect and treat women. Jalang'o, @yycomedian @njorothecomedian you all belong to the same group of scambags. You have benefited from out support and you repay us by using those same platforms to support femicide. Shame on you. @yycomedian I have read your ignorant comment. @njorothecomedian I have seen that you 'liked' this post. You used to be my favs but you are officially cancelled. TAKATAKA 🗑🗑🗑

lawlorry I can't believe what I am reading 🙄🙄so when men impregnate women and leave them who kills them? No one ..when men cheat on their wives who have sacrificed everything for them on their matrimonial beds who kills them? No one..if men didn't turn into animals the number of women being killed wouldn't be that high ..I bet jalas you are talking like that because you have money and you feel like you can buy women but my point is men have become animals hence killing their fellow human beings and if you are justifying a murder then I fear for the women around you 😭

nginakaranja So the cheap coins you are giving women is called investment. Men of today have along way to go to be the real men. You would rather call them 'boys'. Where on earth does money buy love???? We are grooming ourselves to be monied. Who need your money? Malenge😢🙌

nataliejandii Nothing justifies murder! Nothing material is equal to Human Life!!!!

naoomyk Shame on you! Such an ignorant post!!! How dare you justify murder?! Are you saying that women should also hack to death the men they spend money on? Because women also spend money on men. Are you saying men are animals that have self control? Your post justifies murder. You are part of the problem!!!

nasieku_mbugua Are you saying that it's ok to kill a woman if she said NO and you had already spent on her?you are the kind of guy who would by a drink for a woman in bar and think you own her.........Men have to learn and accept and respect a woman when he is turned down by her.Is it by force to love you 🤷🤷 Seriously.You make it sound like women rob you while you are the ones who give without even being asked and when turned down you become animals.This kind of thinking is unacceptable

wangari_kamanu24 Are you justifying murder???