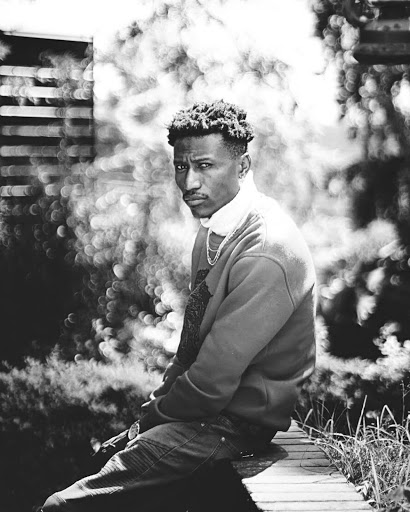 Octopizzo is back after loud silence following the allegations that he was involved in the death of Strathmore University student, Kenneth Abom.

He dropped by the Kiss FM studios for an interview on Breakfast With The Stars with Adelle and Shaffie where he opened up about how his year has been thus far. He started off by revealing it has been a tough year, especially with the murder allegations. However, things seem to be settling down.

He claims all these are just allegations but he took legal action.

the problem I had was with KTN. it is sad that media people didn't take time to research all because they wanted to report fast and first to get clicks. In fact, I will never do an interview there. It was bad reporting and i took legal action

So how did the news get to Octopizzo?

i was having a good time and my uncles, aunty and grandmother were calling me asking what is going on because it was from people who hadn't called me for more than 7 years

Adelle asked him if he has moved out after the case and he said how could he? He had just moved in a month ago.

The death of Kenneth got people saying that his career was over but for him, it was not about career but his family.

I had to talk to my daughter and the teacher's in school to avoid children making fun of my daughter. it was not about my career breakdown but it was about my family especially my daughter

behind celebrity life, we are human. people deal with us like we are some sort of gods or creatures. people just want to take advantage of us. I did not talk to people for two months and went straight to the studio

Other than that, he is now a student. He is studying at Harvard after struggling to find a school in Kenya where he was denied access one because of fees, plus he is not an A student.

i went to school in the UK for a social impact class. i finshed and got my certificate. I am now a student at Havard studying leadership organizing and action. this came after a push when i hosted bobby wine here. i was asking him why he is struggling to be in government trying to change things. its all about power but for me, i want to change policies because it doesn't matter who is the leader as long as the policies are still in action

So with such a rough start to the year, what lesson has he learnt?

with all these people i got to learn my true friends and family. three artistes called me. king kaka, juliani and nameless who took to Twitter.

As he concluded the interview, he addressed two main issues. His beef with Khaligraph. All he has to say is that people need to get over the so called beef.

i will always be number one. so let us talk about big problems that Kenyans are going through

He also spoke briefly about legalizing weed, noting that its use can be controlled and so it should be legalized for health benefits. To cure depression and pain problems etc.

He then dropped his new jam, Baylon and promised more music and maybe two albums this year.