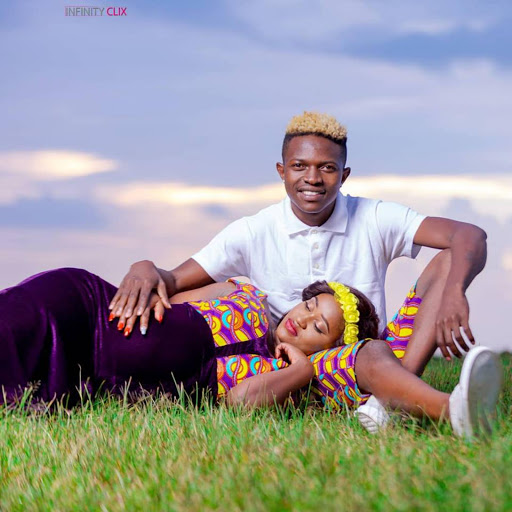 Mr Seed and fiancée Nimo Gachuiri have been dating for six years now after what the singer termed as love at first sight.

According to both their stories, HopeKid is the common denominator. He was a friend to the two and through him, Mr Seed met the mother to his children and his forever after.

Nimo also mentioned that she met the singer at the set of DK Kwenye Beat's video shoot to the song Kereka.

Seed said 'I was at a show at the KICC and my friend Hopekid said that he was going to visit his friend, so we went and when i got in, i saw a beautiful lady.'

From DK's video shoot Kereka. That day he asked me where i was and so they came. I knew seed back in the day when he was a dancer at bone breakers.

After a while i saw him at the Papa God Oh song and he even came to our high school to perform.

The two are expecting their very first child this year.