'The person you want dead is in hospital' Ringtone shouts 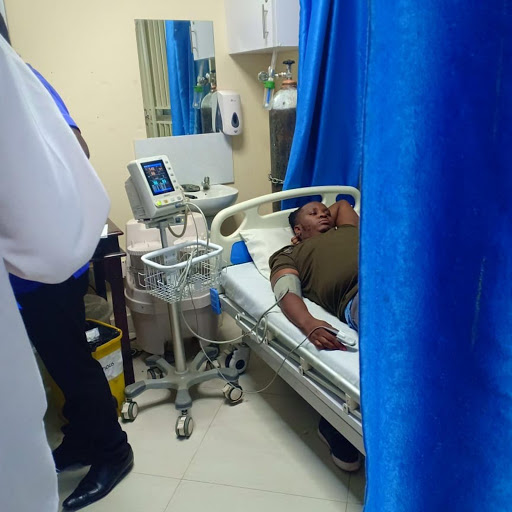 On Friday evening, Ringtone shared a post on his social media announcing that DK Kwenye Beat has suffered a heart attack and was in hospital. So, Mpasho.co.ke reached out to him via phonecall to get more details on the hospital DK is admitted in.

Ringtone could not clarify this information and promised to call us later. His post read:

Breaking news 🙏🙏DK KWENYE BEAT FIGHTING FOR HIS LIFE AFTER HE SUFFERED A HEART ATTACK......please pray for him we don't wanna loose anyone🙏🙏🙏

The person all of you want dead is in hospital fighting for his life. Hope you all happy now☝️☝☝️LET NOBODY ABUSE ME I JUST REPORTED SOMETHING YOU MAY WANT TO KNOW.

He followed this up with a photo of DK in the hospital:

On Saturday morning, we called Ringtone but our calls went unanswered.