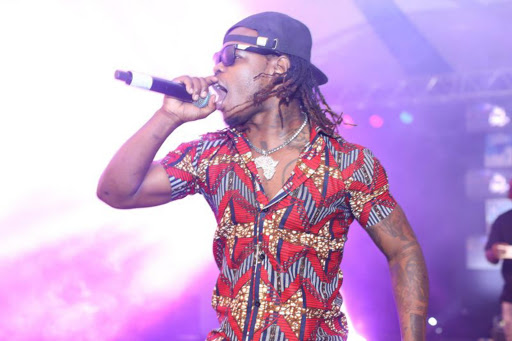 A video going viral shows Timmy Tdat on stage while being grinded on by a female fan. This has stirred mixed reactions from different people about the performance of the Trikide hitmaker.

Check out the video:

Well, we reached out to the singer  who exclusively told Mpasho.co.ke that, the video was taken when he was performing in Lodwar:

The singer said he only blames the security during such events.

Timmy revealed that his family has been rewarding him for being out of trouble in the recent past. He is also set to give back to the community this December with a Kasabun tournament for the youth.