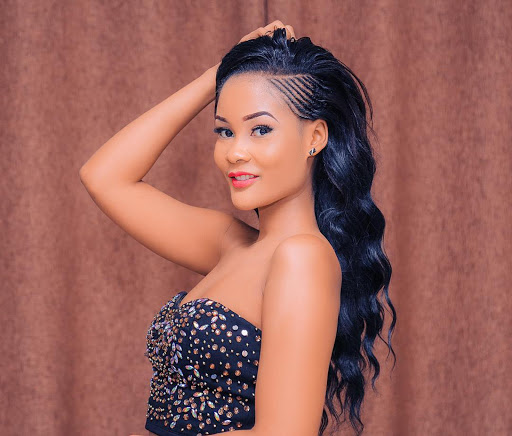 Hamisa Mobetto who is Diamond Platnumz's second baby mama is happy now that she and the singer are not an item. It seems the two men in her life have moved on.

Diamond was recently seen with a video vixen in bed. On the other hand, Mobetto's first baby daddy, Majizzo proposed to another girl: an actress and fashion icon Elizabeth Lulu Micheal.

Previously, she had defended herself saying she met Diamond way back before he met up with Zari. Mobetto featured in Diamond's Mawazo video:

Mid this year, she and the singer shared a video of themselves in bed, a video that got Diamond arrested.

Later on, Mama Diamond admitted that because of sleeping with Diamond in her house.