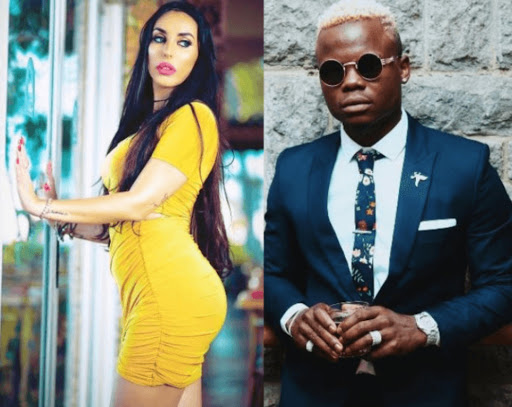 WCB singer Harmonize has opened up for the first time about his European girlfriend Sarah.

Talking during the launch of A Boy From Tandale album, the singer revealed they when Sarah asked for a selfie.

"I have a girlfriend, I'm not single, her name is Sarah and she is from Italy. She was my manager's friend and she asked for a selfie with me. She later found me on facebook after one month."

A week into their relationship, Sarah had been rumoured to be pregnant, news that was stirred by the Bado hitmaker himself. In our exclusive interview, Harmonize saying the bun is not yet in the oven.

Was this a stunt?

The artist is about to release the remix to song Pili Pili.

Here is the interview courtesy of Kiss: