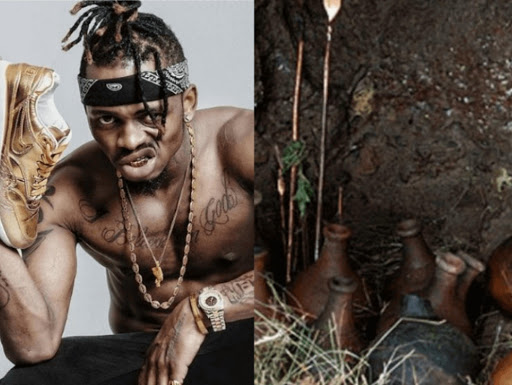 Diamond Platnumz has confessed that he was once forced to go to a witchdoctor by his former employer. In the past, he worked as a petrol station attendant where he says life was no walk in the park.

The Salome hitmaker says a time came when 300,000 Tanzanian shillings went missing. Talking during the launch of his album, A Boy From Tandale, Diamond says he was accused of theft and was later forced to go to a Mganga to confess.

He says the witchdoctor asked for coconuts to perform his rituals on Diamond who was found not guilty.

The launch of his album took place on Wednesday night courtesy of Songa. It was an invite-only affair that was attended by big names in the Kenyan entertainment scene. His family, friends and entire WCB roster also graced the occasion.

Here is an exclusive video of Diamond revealing the juicy details: