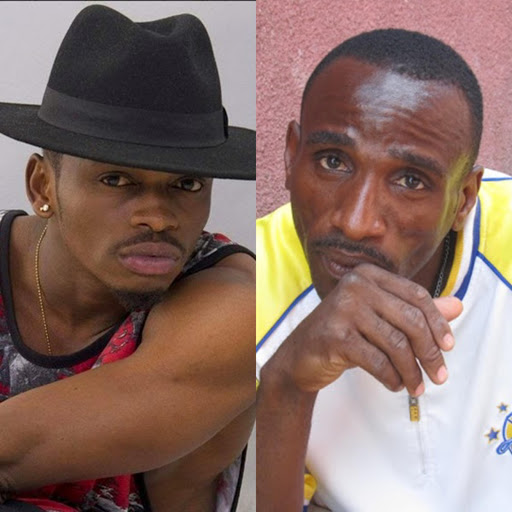 Diamond seems to be a lightning rod for scandals. When he is not attracting the attention of side pieces who do not know the rules of the game so do not keep their mouths shut, he is incurring the wrath of his wife Zari.

That we are accustomed to but now his father has decided to join the fray and throw barbs and bottles at his son. You see, when Diamond was young, his father walked out of his life but now that he has made something of himself, his father feels he is owed a slice of the cake seeing as how Abdul Naseeb came from his . He also feels he is owed something for the other children whom diamond has helped become stars.

You see, this all started when Diamond's sister gave an interview in which she defended Zari Hassan saying she is a good wife because she has been trying to reunite the family, asking them to take care of their estranged father.

When that interview ran, Naseeb Abdul Juma Snr caught a major feeling because Queen Darleen had said she doesn't recognize him as her father as Diamond is more of a father to her than he ever was.