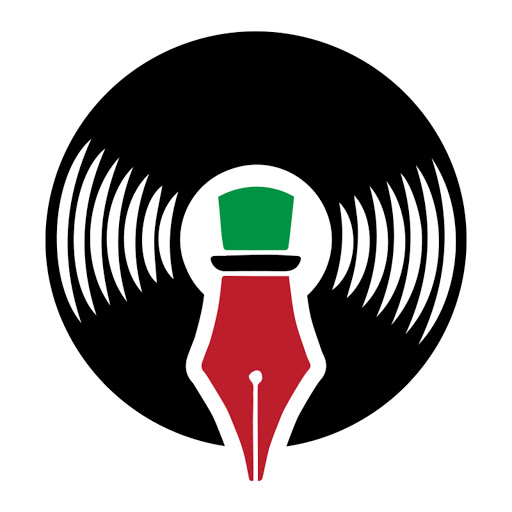 Music Publishers Association of Kenya (MPAKE) have come out to strongly to respond to a burning issue, after the current chairman of MCSK Albert Gacheru addressed the President of Kenya His Excellency Honourable Uhuru Muigai Kenyatta, on matters concerning the licensing of Collective Management Organisations (CMOs).

This comes after Daily Nation published a paid advert on the same.

MPAKE have since issued a press statement stating that the advertisement was a misrepresentation of facts by Gacheru and want to set the record straight.

Ben Githae, who is the director on behalf of the board of directors of MPAKE stated that on the registration of Collective Management Organisations (CMOs), all existing collecting societies are well aware that the licenses are issued Annually, as per the Copyright Act and Regulations.

In a Letter dated 28 th March 2017 (enclosed), from the Kenya Copyright Board (KECOBO) – which regulates CMOs under the Office of the Attorney General, to MCSK – which was at the time, and still is, under the Chairmanship of Mr. Gacheru; the regulator specifically communicated that MCSK had violated

regulations as a CMO and as such, their application for renewal of their

The letter, addressed to the General Manager of MCSK, by the Executive Director of KECOBO, refers to royalties collected by MCSK from July 2015 to June 2016, and Reads as follows:

I refer to your application for renewal of your License as a Collecting Society.

1. The Society's Board expenses went beyond the cap of 8 million set

by the Kenya Copyright Board chiefly because of Board of Directors

payment of sitting allowances at rates not authorised by the Annual

General Meeting and cash advances not supported by the

Memorandum & Articles of the Society.

2. The Financial Report is not a true reflection of the Society's position

since Skiza payments is managed on a separate joint account with

KAMP and PRISK. That Skiza account is subject of a separate joint audit

3. The report of the royalties and beneficiaries reflects an

amount of Kshs. 47 million which is from revenues of previous financial year.

As such the Society did not make payments that can

paid is 13% of the revenue collected, less the Skiza disbursements,

compared to 37% in the last period, a drastic and unexplained

The statement continues to read that the Music Copyright Society of Kenya did not deliver on its core mandate of collecting and distribution of royalties, on behalf of its members; and must now cease all royalty collection activities forthwith.

Given this Decision by the Board of KECOBO, the Music Publishers Association of Kenya (MPAKE), who had also made a Pitch via a Competitive Process - in addition to MCSK and one other Party; was issued a License to collect and distribute Royalties, on behalf of Musicians who are Authors and/or Composers and/or Publishers (please see Decision Letter enclosed).

It’s indeed true that Kenyan musicians have not been paid Royalties for their Copyright in 2017, because of a Case at Kakamega High Court, actually Filed by Members of MCSK, which Barred the newly Licensed MPAKE from Collecting for 7 months; until the Court Order was lifted recently, allowing MPAKE to begin Collections in November 2017.

And even then, MCSK illegally continued collecting Royalties in 2017, without a License – Monies which it has Not Distributed, even as of now. MCSK was doing this fully Aware that its License to Collect had Not been Renewed for 2017. Furthermore, Royalties legally Collected by MCSK, from July 2016 til December 2016 (i.e. Half of their 2016-2017 Financial Year), have still Not been Distributed; thereby Flouting their own Distribution Rules, set by the Members of MCSK.

As such, MCSK, under the Chairmanship of Mr. Gacheru, are indeed the Cause and Reason that Musicians have not received any Royalties from Copyright in 2017. Therefore, Mr. Gacheru should Stop Misleading the President and the Public.

Furthermore, Mr. Gacheru alleges that no efforts have been made to bring a lasting Solution. However, MCSK has been prevailed upon to Drop the Cases and engage in Dialogue, but has Declined the offer. It is, therefore, Misleading that Nothing has been Done to Address the Issue.

Meanwhile, despite the MCSK induced Challenges experienced by MPAKE,

since being Issued with a License by KECOBO, MPAKE has still achieved the

Applications from Musicians (as Authors and/or Composers and/or Publishers).

We shall commence Vetting these on the 15 th January 2018.

2). During May 2017, MPAKE signed a Memorandum with the Kenya Association

(instead of Three) for the Use of all Rights in Music, which is then Shared by the

Members of the three CMOs.

3). In June 2017, Safaricom agreed to Share music sales Data, through a Digital

Rights Management (DRM) platform. This put to an End the numerous

Complaints from Musicians, that they did not know their SKIZA sales. This is

something that KECOBO, KAMP, PRISK and MPAKE have been consistently

4). In June 2017, Safaricom also Increased the Revenue for Musicians on

SKIZA, from 15% to 25%. This was following Negotiations between Safaricom,

5). In September 2017, the National Assembly published the Copyright

Amendment Bill 2017, which has now passed second Reading. This Bill will seek

to Streamline the Collection & Distribution of Royalties, Reduce Online Piracy by

introducing a Takedown Process for illegal Content, as well as many other

Benefits. KAMP, PRISK and MPAKE have actively Contributed to this Bill, on

behalf of their Members.

6). By November 2017, KAMP-PRISK-MPAKE had actively Engaged their

Customers to Help the Growth of the Kenya Music Industry, by Agreeing on

favourable Tariffs to ensure Compliance. This has Resulted in Memorandums of

Understanding (MoUs) being Signed with the Matatu Owners Association, the

Association of Hotelkeepers & Caterers (KAHC) and the Media Owners

Association. This shall see a Growth in Royalties collected and distributed to

7). Similar MoUs are in Process with the Event Managers Association of Kenya

Deejays in East Africa (ADJ-EA). This shall see a Growth in Royalties collected

and distributed to Musicians in 2018.

8). In this New Year of 2018, the CMOs will Automate the Licensing Process to

be fully Digital and use Mobile Money. This will make it easier for Organisations

to Purchase a License for their Use of Music, which shall Translate to increased

Royalties for Musicians by increased Collections at a Lower Cost. This will also

Eliminate the Cash Handling of Royalties, which has previously seen Musicians’

money disappear during the MCSK’s time.

With all these Milestones, MPAKE expect that 2018 will be a Great year for Musicians

and Everything will be Better into Future.

They also took the opportunity to appreciate the President of the Republic of Kenya – His Excellency Honourable Uhuru Muigai Kenyatta, for his Leadership and appointed Government Officials, including the: Office of the President, Office of the Deputy President, The Attorney General, Ministry of Sports, Culture and the Arts (especially the PS of Culture & the Arts), Kenya Copyright Board and all other Government Agencies that have Supported the positive change that is being realised in the Kenya Music Industry.