'Your New Song Is The Biggest Disaster In Kenya Since The 1998 Bomblast!' Angry Fans Blast Size 8 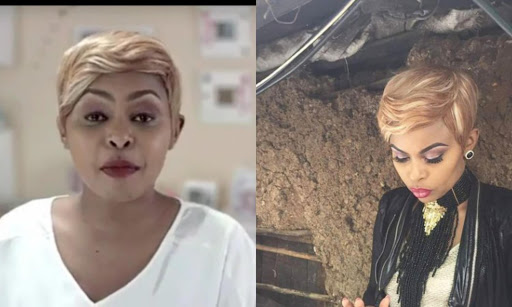 Size 8 is setting the trend in the music industry. The ex-secular singer who is now giving her gospel counterparts a run for their money, released three songs last week namely; Bless My Way, I Can’t Imagine and Mwambie.

But Kenyans are not happy with one of her new songs . According to many, she did a shady job. Some of Size 8's followers have criticized the song heavily terming it as the worst song this year so far. In short, they mean Jimmy Gait is even way better. Her fans have asked her to stick to her lane; singing but not rapping.

The song has received heavy backlash more than Tiga Wana featuring Willy Paul. Kenyans did not mince their words.

Check out some of the comments from social media;

Peter: SIZE 8 acha mchezo..This is a POOR SONG. You can't RAP. I am not hating but I think artists are busy chasing deals to a point of forgetting to release good music...Saa hii ni nini.

Brian: To tell you the truth its pathetic song I have wasted my bundles

Rita: Really? Size 8 raelly? I like what you do but this is a no no.

Onsongo: That rapping is so awful but the message in it is nice. But why did you think of rapping ????

song iko sawa but be on yoh lane