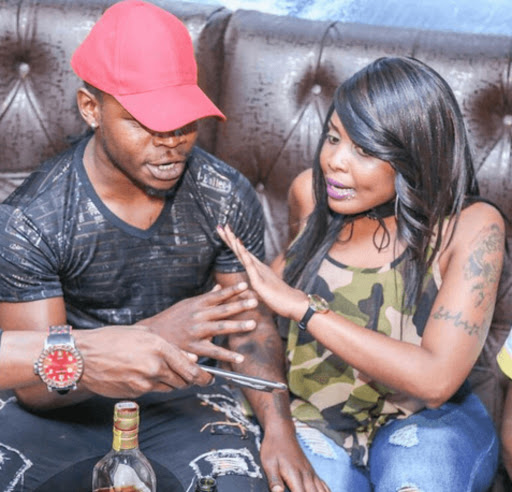 After the break up of Timmy Tdat and ex-girlfriend Kush Tracy, he has been linked to having numerous relationships with several lasses.

The two hit the headlines after they had a road accident after which they admitted to fans that they were seeing each other. Just like any other public celebrity relationship, it did not take long after; the two had what they termed as irreconcilable differences.

Kush, would later throw shade at Timmy saying he was not good in bed;

“His skills are not the best, let us just say ‘Yuko’ down. On bedroom matters, he is not as energetic as the guy you see on stage when performing."

After this public embarrassment, the Usinikazie hitmaker later shut down her claims saying that it might have been a strategy she was using to release a new song;

“It has been six months down the line, why now? Nikajua tuu hizi vitu ni za kawaida. Maybe she wants to release a song or she is up to something because tukiwa pamoja it was all good. Sikushtuka sana.”

Timmy Tdat was later linked to several girls including Avril, Vivian and the famous Dela, who was caught kissing him in a lift.

Well, it seems these Ndulu hit makers are back together again according to a recent photo that show them hanging out and enjoying each other's company;