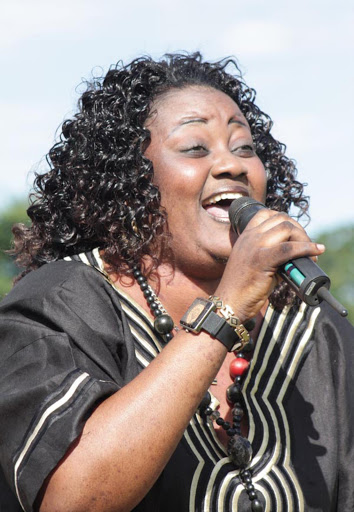 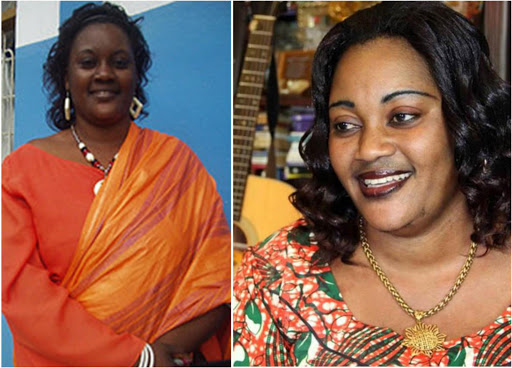 Skin lightening has become the order of the day in Africa. Many women especially in West African countries such as Senegal, Nigeria, Ghana, Cameroon and East African nations; Kenya, Tanzania, Uganda, have resorted to skin bleaching in the name of increasing their attractiveness.

The bleaching products business is booming across the continent and many seem not to care about the consequences. Some are left looking horrible and others get cancer from applying these dangerous creams. But do they even learn?

Well, a modern Tanzanian gospel singer Upendo Nkone famously known for her hit song  Upendo wa Yesu is among the few women who have bleached themselves.

In a recent interview with EATV's online program (Kikaangoni), Upendo revealed that she was introduced to skin lightening by a friend after she innocently sought for advice. Her main reason for bleaching was, she wanted to get rid of stretch marks on some parts of her body and dark spots on her face.

Her friend recommended a certain cream which she bought and started applying on the affected areas and alas, within a short period, all the stretchmarks had disappeared. Also, the dark spots were nowhere to be seen. Her face was smooth leaving her with a light complexion.

The cream she used was meant for skin bleaching and she was left with a fanta-cocacola looking body. This 'new transformation'  saw Upendo's fans take to social media begging her to refrain from using bleaching creams and she was left embarrassed and humiliated.

"I no longer bleach my skin. It is true that I used to bleach my skin. but my fans did not approve of the practice. They used to call me on phone and urge me to stop the habit. I decided to stop it," Upendo said.

Ms. Nkone heard her fans pleas and she refrained from using the creams. She further confessed that she was desperate for a good-looking face and body but regrets seeking advice from the friend who had misled her.

Upendo said that she learned two things from the mistake;

"Skin lightening is faulting God for creating me the way I was: hence I showed disrespect against His perfect work and nature. Secondly, I realized skin lightening was affecting my skin and I just had to stop lest I destroy it more," said the remorseful Upendo.

2 : Meet The Prominent Kenyan Women Rumoured To Have Bleached Their Skin