The Story Akothee Failed To Silence Revealed: Her Boytoy Finally Tells Us Everything About Their Relationship 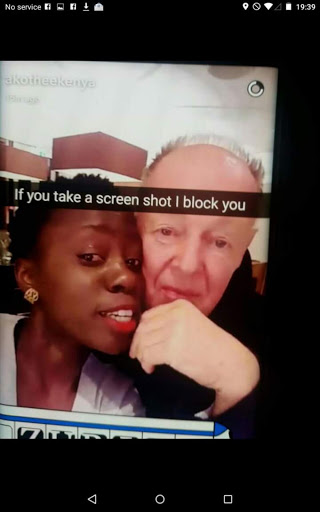 The first time I got wind of this story, I can recall just how excited I was. I knew it would be big but I had nary an inkling of what lay in wait for me. I rather excitedly got as many details as I could (though they were admittedly scanty) and reached out to Akothee to hear her side of things.

Rather than give me her take, she had her security staff attempt to intimidate me. And you can read more about all that here:

But after I published that, we reached out to the one time toyboy and found out that he is actually a huge artist down at the Coast who has even managed to score a collabo with Ali Kiba and he was receptive to our invites. He came over to Mpasho and let us know what was happening with his love life, music and everything in between.

While with us, we took the opportunity to ask him what he thought about the entire Akothee story with the photos of them kissing leaking and whether or not they had a relationship and he was kind enough to actually respond.

Check out what he said during his interview below:

I was going to call Akothee to get a comment but I figured she had said as much as she ever was going to say the day her manager accused me of harrasment. But it's safe to say she will not be a happy camper when she realizes I have run yet another story as follow up to the earlier one she wanted me to pull down.