WENGINE NI POROJO TU! The Only Kenyan Celebrities Who Have Been Featured On CNN, Timmy TDat Ako Ndani (VIDEO) 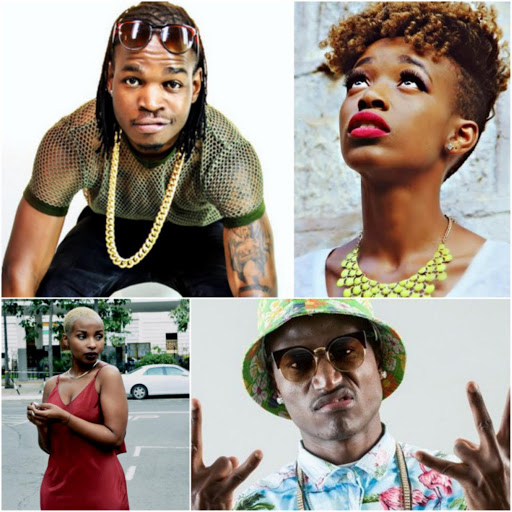 Apparently, being featured on the Cable News Network (CNN) is a big deal so much so that the people who have been featured have bragging rights.

Over the past years, some Kenyans have been interviewed by the network where they had a chance to speak about their careers and showcase Kenya's beauty to the world.

Without further ado, let's get right into it. Here are the Kenyan celebrities who've been featured on CNN:

The rapper whose real name is Timothy Owuor was interviewed by the broadcaster last year for a feature that highlighted Kenya's matatu culture.

The sultry songstress behind the infectious 'Taboo' hit was featured on 'African Voices' early where she spoke about her musical journey.

Kenyans' favourite band was featured on 'African Voices' after their dance with the then U.S President Barack Obama went viral. Watch the video .

The javelin athlete who honed his skills through YouTube was featured on 'African Voices' in August where he spoke about all the challenges he has endured to get where he is today. Watch the video .

The media personality was also featured on CNN's 'African Voices' sometime in 2012 where she spoke about the sacrifices that she had to make to become a household name. Watch the video .

The Kibera bred rapper was featured on CNN early this year and he had a chance to show the world where he came from to become the big artist he is today. Watch it here.

The fashion blogger was featured on CNN without even trying so much as her illustration caught the broadcaster's attention.