BWANA ASIFIWE! Ailing Kenyan Woman Who Reduced Street Boy To Tears Can Now Walk On Her Own (PHOTOS) 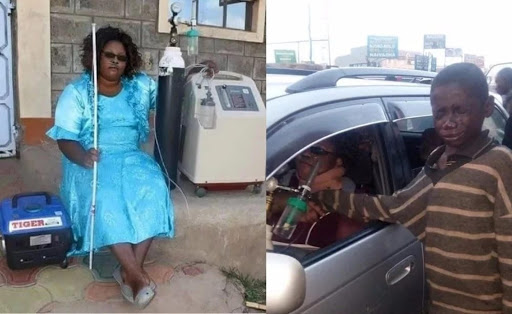 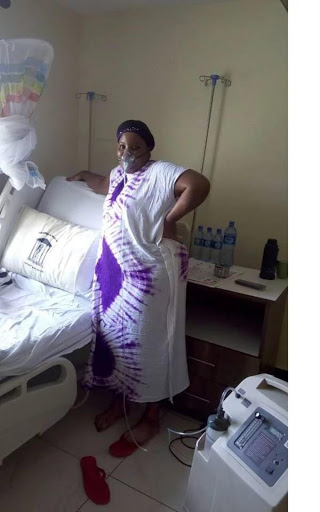 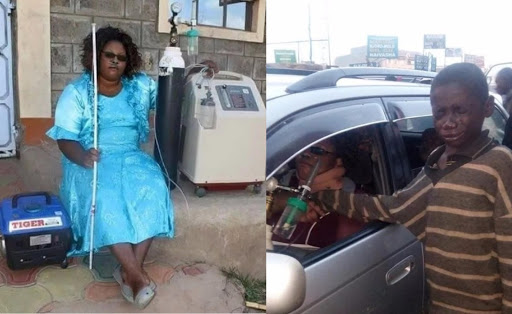 Remember Gladys Kamande? The sick woman whose plight moved a street boy to tears? Well, you'll be pleased to know that she can now walk on her own with little or no help.

Gladys has been under the care of specialist at Kenyatta National Hospital (KNH) and she will soon be traveling to India where she will undergo a lung reconstruction surgery.

She has been forced to walk around with a generator and an oxygen cylinder for the last six years to help her breathe.

Doctors found a growth in the woman's stomach in 2010 and after twelve surgeries, she lost her eyesight and her lungs collapsed.

Gladys' dire situation caught the attention of Kenyans in December 2016 after a street urchin who was later identified as John Thuo cried upon seeing her.

Kenyans raised Sh7 million within days in a fundraising drive that was headed by one Ndung'u Nyoro, who has also been updating Kenyans about her health status.

He recently put up a post saying that Gladys can now walk unaided and that she will soon be traveling abroad for further treatment.

“Hopefully by Monday next week, Gladys Kamande will be seeking specialized treatment in a foreign country but with faith she will finally do away with all the equipment she’s been carrying around,” nyoro posted.