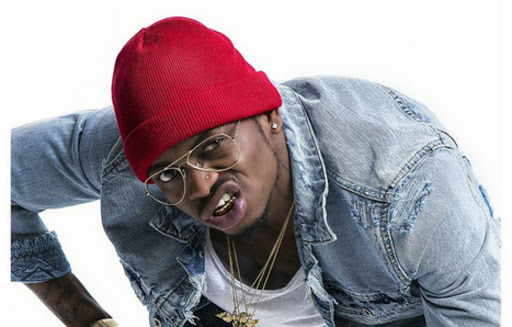 Hizo matusi alitoa wapi? Diamond Platnumz has today taken to Instagram live pouring out his feelings which later turned into a strange rant about how much money he has. We wonder to whom he was directing all this verbal abuse at...

Well, Diamond seems to be so angered by his haters and just had to get his frustrations off his chest, expressing himself in a not so friendly manner. I understand that people can have a nasty side to their personalities and Diamond had no chills when he let his out.

The Salome hit-maker was seen hurling insults at his haters and some fans seem to think that among them is Ali Kiba. He also brags of how much cash he has in his bank account not to mention the many cars and houses he has.

The Niseme Nawe maker went ahead to say that all those that hate him must be broke and he cannot at any point get stressed by them, even telling them to go to hell. While using this colourful language, Diamond was with his first born daughter, Princess Tiffah, citing that he only concentrates on the people that love him back. Swali ni..., is this what Tiffah is learning from celebrity daddy? Si atakua na mdomo chafu!

It's also quite interesting to hear him tweng, with his own version of an American accent. Yet again, Diamond did a splendid job of MURDERING the English language!

Take a look as he goes ham on his haters;