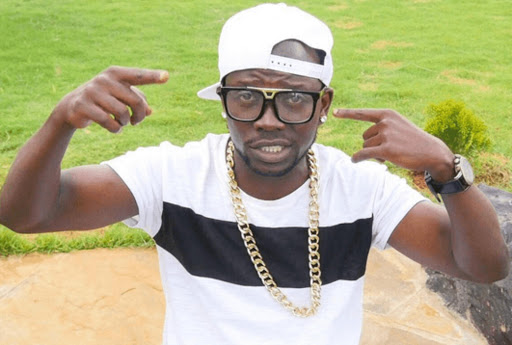 Hapo ndo wametufikisha! Secular artists are fed up with the fakeness they think is being practiced by a section of gospel artists in the country. Kenrazy, a celebrated rapper has opened up about what he thinks of the Kenyan gospel industry.

The Hivo Ndo Kunaendaga hit maker has however named some gospel artists who keep it real among them Kelele Takatifu, Gloria Muliro and Christina Shusho. Ken has revealed that while in high school, he was a very active member of the schools Christian union, adding that he is well versed with the whole Bible.

Kenrazy has hit out at a section of gospel artists whom he claims are fooling their fans into believing the music they sing is gospel. He however notes that not all are lying to gospel fans.

We can well remember that among those people who admitted to not entirely doing good gospel music was singer Bahati. Here is what he said.

I personally feel my Last Gospel Song was “BARUA” in 2014 nanimechangia Sana kupaka Jina la Yesu Matope… LORD PLEASE FORGIVE ME ???? Some People might see this as Self Crucification but NO!!! God says clearly in 1ST JOHN 1:9…. “if we CONFESS our sins He is faithful & Just to forgive us and Cleanse Us from all Unrighteousness” … God speaks through People; and if the Public & the People of God are not happy::: THEN GOD IS NOT HAPPY‼️ (Listen to what the Spirit Says 2Chronicles 7:14)”

Here is an exclusive video of Kenrazy on why some gospel artistes are fake;