"If I Find You Ill Kill You!" P-Unit Gabu Threatens Robbers Who Beat Up His Mother (PHOTO) 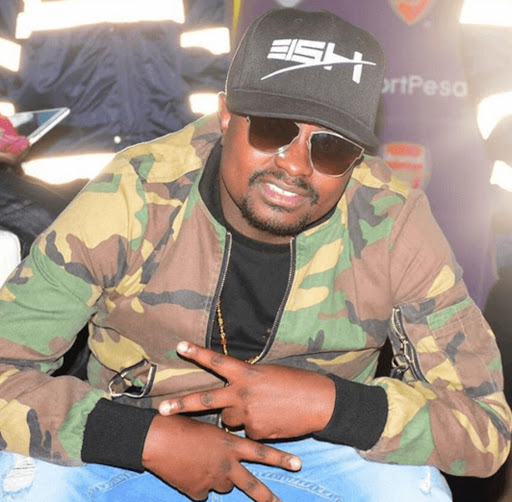 This is sad! P-Unit’s Gabu has revealed that his mother was seriously beaten by robbers. In an emotional message, Gabu has condemned the act saying he would kill his mother’s robbers if he caught them.  Gabu who angrily wrote saying that young people have lost respect for Mmthers has gone  to social media to post his mother’s picture after the robbery.

Fans have gone to Gabu’s social media condemning the act and consoling him and wishing Gabu’s loving mother a quick recovery. Gabu made his debut in the music industry back in 2004 with the hit song Paulina Paulina which caught the industry by storm.

Since then Gabu has been doing well in the industry after meeting Frasha and Bon’eye where they formed the group P-Unit which saw them release hits like Weka Weka, You Guy, Kushoto Kulia and the famous Gentleman song featuring Sauti Sol.

Rumours had it that the group had disbanded after they took a hiatus from doing music together. Gabu who has recently released songs without Frasha and Bon’eye is doing well with songs like Niko maji, Eish and Dirunk.

Well, as we wish Gabu’s mum a quick recovery here is what he had to say;

14 years ago I gave myself to the streets, 1st song Paulina Paulina. Have been loyal to the streets ,made music,hit music ,made u dance,Chipo mamaz ,cry ,laugh and do all u wanted to do. I never asked for anything not even cheer me but all I wanted was for you to protect my family. Now young nigga u have no fucking respect u rob n beat my loving mother.I feel so sad that young niggaz attack n disrespect mothers who feed them. Am not a blogger but am crying as #bugubugu and if I ever find u nigga I’ll kill u .l love u mum